nergy companies behind the Atlantic Coast Pipeline have carved a new proposed route through parts of West Virginia and Virginia in response to federal concerns about the national gas pipeline's initial path through sensitive national forest areas. 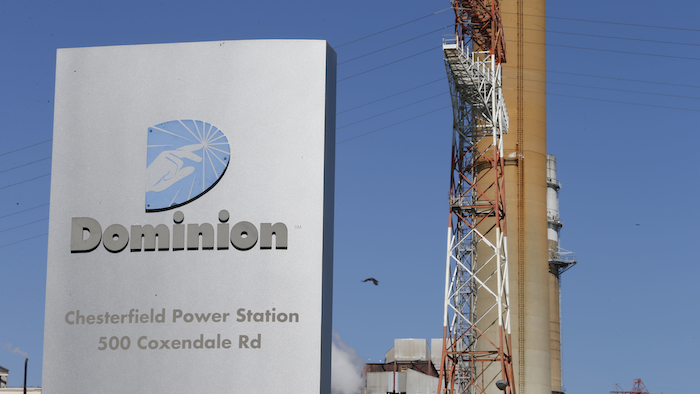 RICHMOND, Va. (AP) — Energy companies behind the Atlantic Coast Pipeline have carved a new proposed route through parts of West Virginia and Virginia in response to federal concerns about the national gas pipeline's initial path through sensitive national forest areas.

The alternate released Friday by Dominion Resources Inc. would reduce by one-third the pipeline's footprint through the George Washington and Monongahela national forests, but add 30 miles to the 550-mile project. The alternate route would also affect 249 new landowners in both states, Dominion said.

Dominion said it worked extensively with the U.S. Forest Service to select the new route after foresters rejected the initial plan, in part because of fears it would harm a salamander that lives in high elevations in the Shenandoah Mountains and is found nowhere else in the world.

Dominion is the lead company proposing the 42-inch pipeline from West Virginia, through Virginia and into North Carolina. While politically popular, the energy project has found scattered opposition along its route from landowners, environmental groups and conservation officials.

The Forest Service rejected the initial national forest routes because of their feared impact on two types of salamanders, including the cow knob salamander. The Virginia Herpetological Society lists the blunt-nosed salamander with white or yellow spots as having a "high risk of extinction."

Its range includes several counties in Virginia and West Virginia at elevations of 2,500 feet or more.

In rejecting the first proposed route, the Forest Service cited a 1994 conservation agreement with the Fish and Wildlife Service aimed at shielding the salamander from actions that would place it under the Endangered Species Act.

The Forest Service listed Cheat Mountain salamanders and northern flying squirrels as other "highly sensitive resources" in the path of the pipeline's original route. It also had concerns about a red spruce hardwood ecosystem.

Dominion's alternate route would generally go south of the original path of the pipeline and enter Bath County in Virginia, which was not on the first route. The alternate would also go through Randolph and Pocahontas counties in West Virginia and Highland and Augusta counties in Virginia.

The route would reduce the total number of miles through the national forests from 28.8 miles to 18.5 miles, Dominion said.

The proposed new route will be submitted next week to the Federal Energy Regulatory Commission, which has the final say on interstate pipelines.