The effect of oilfield chemicals on food is "largely unstudied and unknown," says the nonprofit Pacific Institute, which studies water issues. 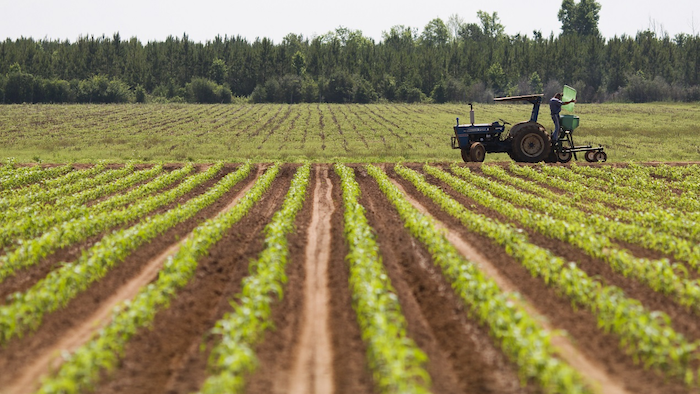 RANCHO CORDOVA, Calif. (AP) — More farmers in drought-stricken California are using oilfield wastewater to irrigate, and a new panel on Tuesday began taking one of the state's deepest looks yet at the safety of using the chemical-laced water on food crops.

In the fourth year of California's drought, at least five oilfields in the state are now passing along their leftover production fluid to water districts for irrigation, for recharging underground water supplies, and other uses, experts said.

Chevron and the California offshoot of Occidental Petroleum are among the oil companies supplying oilfield wastewater for irrigating tens of thousands of acres in California. Almond, pistachio and citrus growers are the main farmers already using such water.

Central California leads the country in food production. It's also the main oil-producing base in California, the country's No. 3 oil-and-gas producing state.

For farmers in California's drought, the question is "where's the water going to come from if you want to maintain agriculture," said Gabriele Ludwig, a representative of Almond Board of California and one of the members of the new panel.

The state officials, academic experts and industry representatives on the panel are charged with studying the safety of irrigating food crops with oilfield wastewater that may contain chemicals and other material from hydraulic fracturing, other intensive drilling methods and oilfield maintenance.

The effect of oilfield chemicals on food is "largely unstudied and unknown," says the nonprofit Pacific Institute, which studies water issues.

Researchers, for example, don't know the long-term toxicity of up to 80 percent of the hundreds of materials used in oilfield production, Pacific Institute researcher Matthew Heberger told panel members.

Testing so far has found only negligible amounts of chemicals in the recycled oilfield water, said Clay Rodgers, a manager at the Central Valley Regional Water Quality Control Board, which assembled the panel. At least one local water district also has begun growing test crops with the oilfield water to study how much of the chemicalswind up in the produce.

As of now, with so many unknowns about the hundreds of chemicals involved and their possible impact on crops, "We're not able to answer the public definitely and say there's no problem," said William Stringfellow, a panel member and environmental engineer at the Lawrence Berkeley National Laboratory in Berkeley.

The regional water board will use the panel's findings to guide its oversight of the recycling of oilfield wastewater, Rodgers said.