European Union judges have ruled that the four-fingered shape of the KitKat chocolate bar is not distinctive enough to be trademarked. 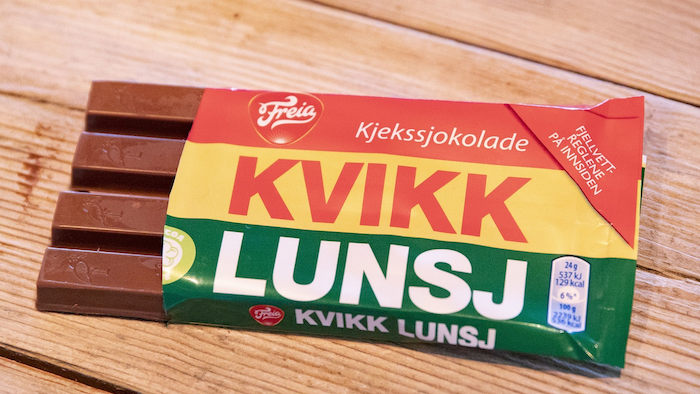 A Kvikk Lunsj chocolate snack in Oslo, Norway, photographed Wednesday July 25, 2018, after the European Court of Justice in Luxembourg ruled that the Norwegian chocolate bar Kvikk Lunsj can still be sold throughout EU. Image credit: Fredrik Hagen/NTB Scanpix via AP

European Union judges have ruled that the four-fingered shape of the KitKat chocolate bar is not distinctive enough to be trademarked.

KitKat maker Nestle, the food multinational, has been trying since 2002 to establish a European trademark for the snack. But the European Court of Justice in Luxembourg on Wednesday ruled against it.

That will come as a relief to lovers of a Norwegian chocolate bar, the Kvikk Lunsj, that has a similar shape. Its maker, Mondelez, can continue to market and sell the 80 year old Kvikk Lunsj brand throughout the EU. The snack was established in 1937, two years after KitKat hit the shelves in the U.K.