Newly disclosed records show a major gun manufacturer knew for years about problems with the barrel of a rifle that has injured several in explosions. 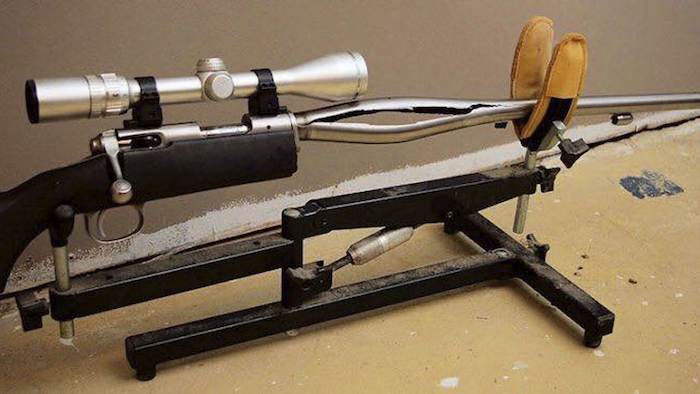 In this 2009 photo provided by Trent Procter, a Savage Arms stainless steel 10ML-II muzzleloader owned by Procter of Swan River, Manitoba, Canada, is displayed weeks after its barrel exploded and severely injured his left hand. Savage Arms recently agreed to pay a confidential settlement to Procter to resolve his lawsuit, one of several that allege the company kept a defective firearm on the market. (Gordon Harris/Trent Procter via AP)

Newly disclosed records show a major gun manufacturer knew for years about extensive problems with the barrel of a rifle that has injured several hunters in explosions, a plaintiff's lawyer alleged Wednesday.

Savage Arms has produced a list of nearly 300 customers who returned their stainless steel 10 ML-II muzzleloaders due to bulging or split barrels dating to 2003, attorney Steve Crowley said. The company has also faced 45 legal claims from customers over similar issues, he said, including several who suffered injuries to their hands, faces and hearing when the barrel exploded upon firing.

Crowley represents Ronald Hansen of Hampton, Iowa, who says he suffered permanent damage to his right hand and ear and facial burns when his rifle exploded in December 2014. Crowley and attorneys for Savage Arms appeared in federal court Wednesday in Cedar Rapids, Iowa, for a motions hearing in Hansen's lawsuit, which alleges the company knowingly marketed a product with a steel barrel prone to catastrophic failure after repeated firings.

Westfield, Massachusetts-based Savage Arms has insisted that the 10 ML-II, which was discontinued in 2010 after about 41,000 were produced, is not defective and is safe when used properly. It has blamed the explosions on operator error, saying users likely loaded two bullets by mistake or the wrong type or amount of gunpowder.

Savage Arms lawyer Danny Lallis on Wednesday questioned whether Hansen's hearing damage was caused by the explosion, citing a company-hired expert who suggests it came from exposure to other noises. He asked U.S. Magistrate C.J. Williams to order Hansen, who began wearing a hearing aid after the explosion and testified that he still struggles to communicate, to submit to an independent medical examination with the expert. 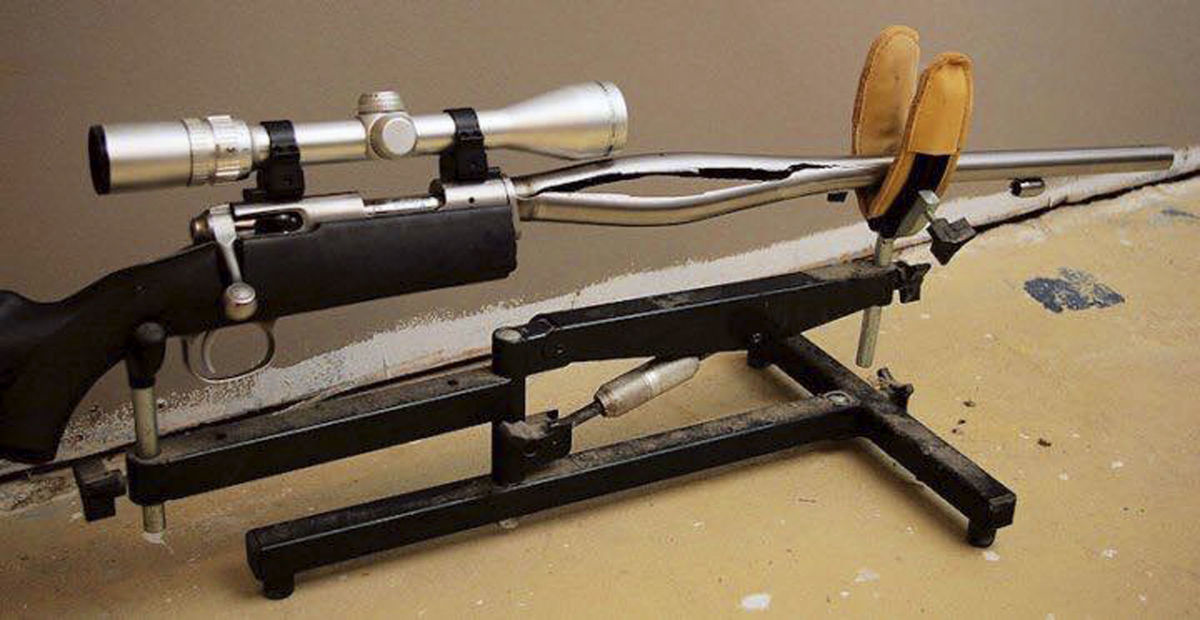 In this 2009 photo provided by Trent Procter, a Savage Arms stainless steel 10ML-II muzzleloader owned by Procter of Swan River, Manitoba, Canada, is displayed weeks after its barrel exploded and severely injured his left hand. Savage Arms recently agreed to pay a confidential settlement to Procter to resolve his lawsuit, one of several that allege the company kept a defective firearm on the market. (Gordon Harris/Trent Procter via AP)

Crowley argued that the examination was unnecessary given that Hansen's treating doctors diagnosed him with a blown eardrum after the explosion, and that the company's expert has already reached his conclusion.

Williams said he would soon rule on the company's request and on Crowley's motion for an order to compel Savage Arms to release additional information about the muzzleloader's barrel problems.

Crowley said that Savage Arms only recently disclosed thousands of records related to the rifle's development, which he had sought on multiple occasions since February. He accused Savage Arms and its lawyers of evading and delaying his information requests in "a game of keep away" intended to undermine his client's case.

"We have finally gotten a look inside the curtain and we know now this problem is much deeper than the company has ever acknowledged," Crowley said.

Crowley said the documents reveal that Savage Arms created a special muzzleloader return team to evaluate the problems, but the company hasn't released the group's communications or findings. Other documents show that a high-ranking company executive reported that he loaded two projectiles into his muzzleloader at once but that it didn't explode, he said.

Crowley said he needs "straight answers" from the company as he seeks to build a case that Savage Arms acted recklessly and should be ordered to pay punitive damages at trial next year.

Lallis said the company has been releasing information in response to Crowley's requests and as it discovers additional relevant documents. He said the company has made a "diligent and good-faith effort" to comply with its discovery obligations while making appropriate objections to requests that were too broad or confusing.