Justices Make It Easier For Companies To Defend Patent Cases

The ruling will have a major effect on lawsuits from so-called patent trolls. 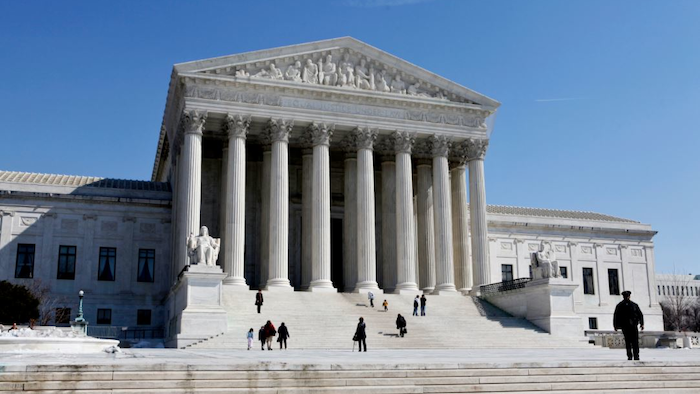 The Supreme Court is making it easier for companies to defend themselves against patent infringement lawsuits.

The justices ruled unanimously on Monday that such lawsuits can be filed only in states where defendants are incorporated. The issue is important to many companies that complained about patent owners choosing more favorable courts in other parts of the country to file lawsuits.

The case involved an appeal from TC Heartland, an Indiana-based food sweetener company sued by Kraft Foods in Delaware. Lower courts refused to transfer the case to Indiana.

But the Supreme Court's ruling will have the biggest impact on federal courts in eastern Texas, where more than 40 percent of patent lawsuits are now filed. Local rules there favor quick trials and juries tend to be more sympathetic to plaintiffs.

The ruling will have a major effect on lawsuits from so-called patent trolls — companies that buy up patents and force businesses to pay license fees or face expensive litigation. Many of those cases now may have a tougher time getting to trial or result in jury verdicts that are less generous.

Companies including eBay, Kickstarter and online crafts site Etsy had urged the high court to restrict where such cases can be filed, saying they have been sued repeatedly in courts hundreds or thousands of miles away from corporate headquarters. Even Texas Attorney General Scott Keller led a coalition of 17 states calling for an end to so-called "forum shopping" in patent cases.

Writing for the court, Justice Clarence Thomas relied on a 1957 Supreme Court case that said patent cases can be brought only where the defendant company is incorporated. He said the federal appeals court in Washington that handles patent appeals was wrong to say that Congress had changed those rules.

The ruling is a "seismic decision" that will affect patent litigation around the country, said John O'Quinn, a Washington, D.C., lawyer specializing in patent law. He said it may lead to a surge in patent cases in Delaware, where many companies are incorporated due to favorable state law.

That shift will mean a dramatic decline in cases at the federal courthouse in Marshall, Texas, where hundreds of patent lawsuits are filed each year.

Justice Neil Gorsuch did not take part in the case, which was argued before his confirmation.