A week after its headquarters were raided by a number of federal agencies including the IRS, Caterpillar denied that it had broken any federal tax laws. 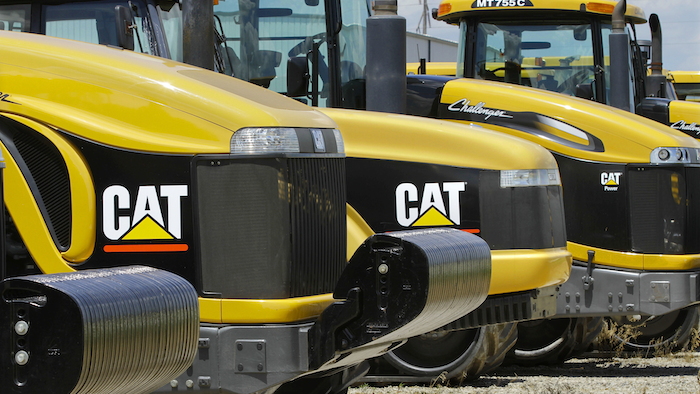 Caterpillar, a week after its headquarters and other facilities were raided by a number of federal agencies including the Internal Revenue Service, denied that it had broken any federal tax laws.

"The IRS has challenged Caterpillar's taxes for years 2007 - 2012," the company said Friday. "We disagree with the IRS' position, have cooperated for requests for information, and believe that we are compliant with tax laws and stand by our financial reporting."

Caterpillar has been challenged for some time by federal agencies in regard to its accounting practices and last week the company said that the raids may have been related to a Swiss business, called CSARL.

In a filing with the Securities and Exchange Commission last month, Caterpillar said that the IRS had informed the company that it owed $2 billion in additional taxes for the years 2010 to 2012 because of profits from that Swiss unit.

"Caterpillar takes very seriously its obligation to follow tax law and pay what it owes," the company said Friday.

The raids came two days after the New York Times cited a report by Dartmouth College accounting professor Leslie A. Robinson, which stated that Caterpillar "did not comply with either U.S. tax law or U.S. financial reporting rules."

The Times said the report was commissioned by the government but it's not clear which agency wanted it, and the report has not been made public.

Officials at Dartmouth would not discuss the report or release it officially to The Associated Press.

Other than the IRS, the agencies involved in raids on three properties where Caterpillar operates included the U.S. Department of Commerce Office of Export Enforcement and the Federal Deposit Insurance Corp.'s office of inspector general.

Caterpillar is one of the world's largest makers of construction and other heavy equipment and had revenue of $38.54 billion last year.