Washington would join nearly a dozen states that have capped carbon pollution from industrial sources. 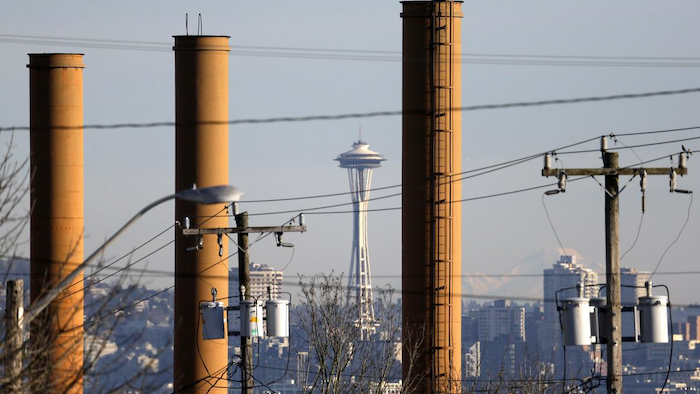 Washington state regulators on Wednesday unveiled an updated plan to limit greenhouse gas emissions from large polluters, the latest attempt by Gov. Jay Inslee to push ahead with a binding cap on carbon emissions after struggling to win approval from legislators.

Washington would join nearly a dozen states including California that have capped carbon pollution from industrial sources.

The proposed rule requires large industrial emitters to gradually reduce carbon emissions over time. The rule would cover many industries, including power plants, oil refineries, fuel distributors, pulp and paper mills and others.

Inslee, who has called climate change "the single most important issue of our time," has gained national attention on environmental issues but so far has failed in his own state to pass ambitious carbon-reduction proposals, including a plan to charge polluters a fee for emissions. Frustrated by inaction in the Legislature, Inslee last year used his executive authority and directed state regulators to limit carbon pollution under the state's Clean Air Act.

"Today is an exciting day in our continued quest to provide cleaner air for Washingtonians," Inslee said in a video statement Wednesday. He said carbon pollution is hurting the state and cited two consecutive record-setting wildfire seasons that burned about 2,000 square miles, among other climate-related problems.

On Wednesday, Inslee joined leaders of Oregon, California and British Columbia in San Francisco to sign a climate agreement with six West Coast cities. The pact says they will work together to encourage zero-emissions vehicles, to reduce energy use in buildings and to take other measures.

Under Washington's proposed rule, expected to be finalized in late summer, large emitters would be required to reduce carbon emissions by an average of 1.7 percent annually.

The rule would initially apply to about two dozen oil refineries, power plants and others that release at least 100,000 metric tons of carbon a year. Many more facilities would likely be covered by the rule as the threshold is lowered over the next decades.

Kris Johnson, president of the Association of Washington Business, said his group is still concerned about the potential economic damage from this new regulation. 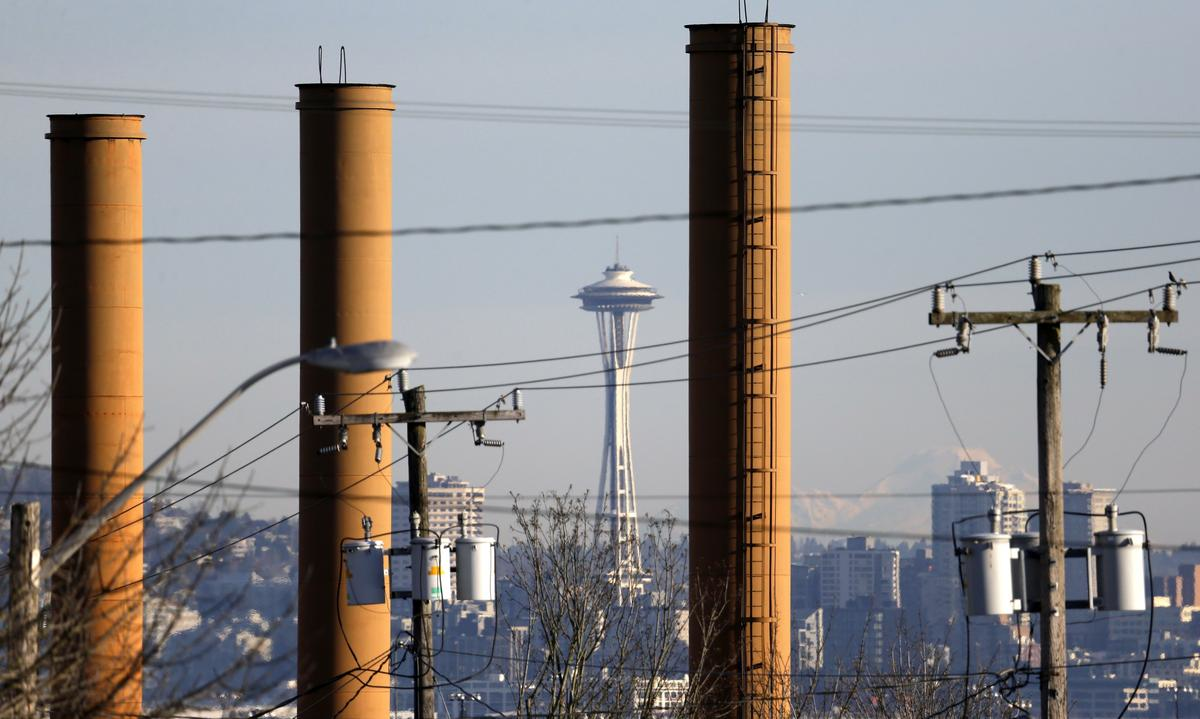 He said in a statement that the cap "sends the wrong signal to businesses of all sizes, both those that are here already and those hoping to relocate here, by driving up energy costs for employers and families."

According to the state's preliminary economic analysis, the rule would cost businesses between $1.4 billion and $2.8 billion over 20 years to comply. But it's also estimated to provide about $14.5 billion in benefits over 20 years, such as improved environmental and health conditions, according to a state analysis.

Officials with the Washington Department of Ecology say the rule is needed to protect human health and the environment from climate change. It would cover about two-thirds of the state's emissions.

Some critics said the proposed rule doesn't require enough emissions reductions and disregards current science. "We are extremely disappointed," said Andrea Rodgers, an attorney representing young activists who sued the state to force it to adopt new rules to limit carbon emissions based on the best-available science.

Businesses can comply by lowering their emissions, buying "emissions reduction credits" from others in the program, investing in projects that permanently reduce emissions in the state or buy allowances through another cap-and-trade program such as ones run by California and Quebec.

It's the state's second attempt at an emissions rule.

Ecology officials said Wednesday that the latest version addresses concerns raised by businesses, environmental groups and others when the first draft was released. The agency withdrew that draft rule in February to make changes.