The failed dams unleashed a wave of mud that killed four people and left 22 missing. 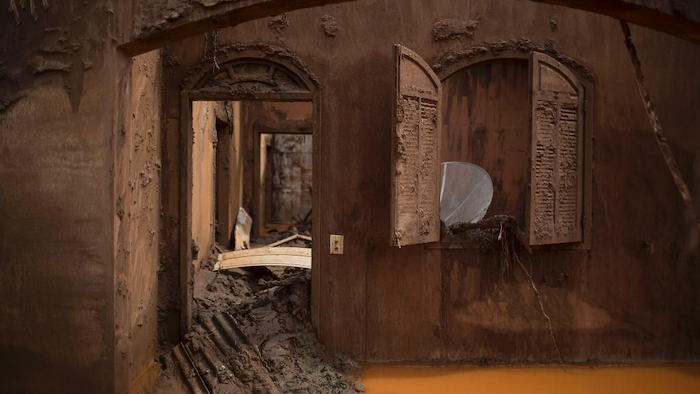 Carlos Eduardo Ferreira Pinto said the Thursday breaches of the dams at the Samarco iron ore mine, which all but erased a nearby hamlet and contaminated the water source for hundreds of thousands of people downstream, were "no accident."

"What happened was a mistake in the operation and negligence in the monitoring," Pinto told Brazil's top broadcaster, Globo TV.

In a 2013 document, Pinto had suggested that the Samarco facility presented risks of destabilization and erosion and recommended against renewing the company's license for its operations around the city of Mariana, where the breaches occurred. At the time, the state regulator nevertheless decided to renew the license. It reversed that decision on Monday and the license was suspended.

Samarco, a joint-venture between mining giants Vale of Brazil and Australia's BHP Billiton, did not respond to The Associated Press' request for reaction to the prosecutor's comments. The company said that 85 percent of its 3,000 workers were on paid leave starting on Tuesday. The remaining 15 percent were working to clarify the cause of the breaches, the company said in a statement.

Also on Tuesday, the state fire department lowered to 22 the number of people missing after one local resident was discovered holed up with relatives in a nearby city.

The fire department also said the body of a 5-year-old girl had been found, bringing the official death toll in the accident to four. Another body may be linked to the dams bursting, but it hasn't been identified yet, the fire department said.

Police say 631 people who lost their homes in the worst-hit town of Bento Rodrigues, which was all but flattened by the tide of lava-like mud, were being put up in hotels in Mariana.

The scope of the accident continued to spread as waters contaminated by the red mud flowed up the Doce River, reaching the neighboring state of Espirito Santo.

Espirito Santo Gov. Paulo Hartung said at a news conference that water utilities in the state could suspend siphoning operations on the river in the coming days.