Health officials have concluded there is no ongoing risk of contracting E. coli. 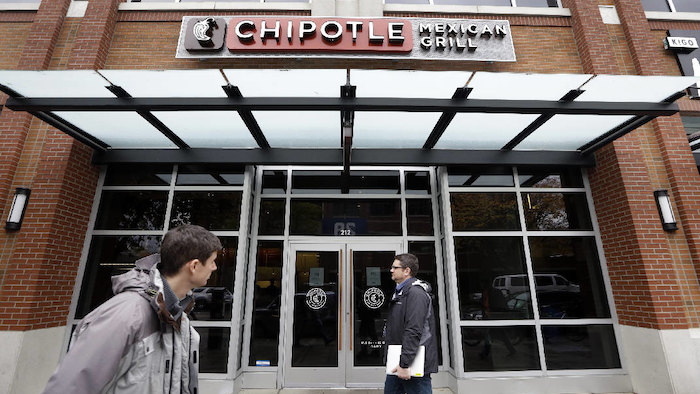 Chipotle said Tuesday that it is reopening the 43 Pacific Northwest restaurants it closed amid an E. coli outbreak after tests at the Mexican food chain came back negative for the bacteria.

Health officials have not found a cause of the outbreak that started last month but concluded there is no ongoing risk of contracting the illness that has sickened about 40 people.

Chipotle will reopen the restaurants in Washington state and Oregon in the coming days after giving them a deep cleaning and ordering a fresh supply of ingredients, the company said. It also said it is testing the new food prior to restocking and is instituting additional safety procedures and audits in all of its 2,000 restaurants to ensure robust food safety standards.

Chipotle Chairman Steve Ells apologized to those affected by the outbreak.

"The safety of our customers and integrity of our food supply has always been our highest priority," he said in a statement. "If there are any opportunities for us to do better in any facet of our sourcing or food handling — from the farms to our restaurants — we will find them."

The outbreak was traced to 11 Chipotle restaurants in Oregon and Washington, but the company closed 43 locations in its Seattle and Portland markets as a precaution. It said it conducted additional sanitization measures in its restaurants nationwide and confirmed that none of its workers had E. coli.

Dr. Scott Lindquist, Washington's state epidemiologist, had said he expected the restaurants to reopen by Wednesday or Thursday.

The most recent person sickened by E. coli reported eating at Chipotle on Oct. 24. People typically become sick about three to four days after exposure, but it can take as long as 10 days.

The bacteria are associated with animal waste and can be spread through contaminated water or improperly cured compost. Symptoms include diarrhea, abdominal cramps, nausea and vomiting.

Foodborne illnesses are not easy to track to the source of the outbreak, said Jonathan Modie, a spokesman for the Oregon Health Authority.

"Finding the source of the outbreak is often like finding a needle in the haystack," Modie said Monday.

Though health officials have not found the cause, it does not mean they are not blaming Chipotle for people falling ill, said Seattle attorney Bill Marler, who has filed two lawsuits on behalf of people sickened in the outbreak.

Marler said Chipotle has issues with food safety. The company has been named in three high-profile cases in the past few months, and he's tracking another case of E. coli at a Chipotle in Seattle from this summer.

The chain faced a salmonella outbreak linked to tomatoes that sickened dozens of people in Minnesota beginning in August. In California, health workers said norovirus sickened nearly 100 customers and employees at a Chipotle restaurant in Simi Valley in mid-August.

"Clearly this is a Chipotle problem," Marler said.

"I don't think this is evidence of a systemic problem, but having even one incident like this is too many and suggests that we could do a better job in this area," Arnold said.