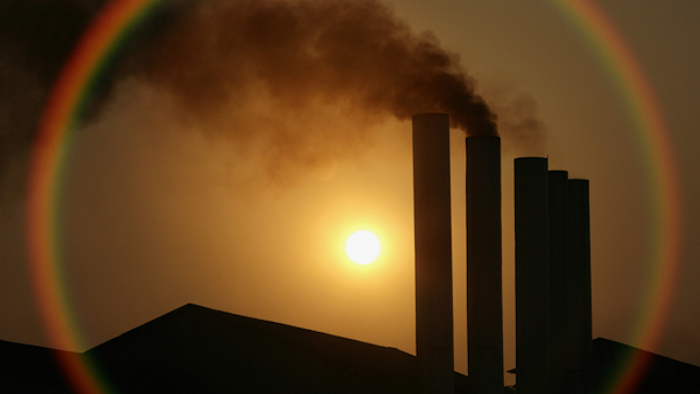 A coalition of 18 states filed motions Wednesday seeking to defend the Clean Power Plan, responding to lawsuits filed last month against the Environmental Protection Agency. Led by New York and California, they are joined by municipalities and urban counties largely led by Democrats, including New York City, Chicago and South Miami.

The Obama administration and environmental groups counter that the new rules are needed to stave off the worst predicted impacts of climate change. They also say the plan will spur new clean-energy jobs.

The dueling legal actions set to be heard by the U.S. Court of Appeals for the District of Columbia Circuit are, in several instances, pitting neighbor versus neighbor.

"Here in Virginia, climate change isn't some theoretical idea or academic exercise," said Mark Herring, the state's Democratic attorney general. "In the last 75 years, the sea level in Hampton Roads has risen by 2 feet. ... If you say climate change is some sort of made-up global conspiracy, then just come to Hampton Roads and take a look for yourself."

Herring recounted how city streets along the state's receding Chesapeake Bay coastline now often experience tidal flooding, even on sunny days. The rising water, which studies suggest could increase another 2 to 5 feet by the end of the century, also threatens military bases and shipyards in Norfolk that are among the region's largest employers.

A few hours up Interstate 64 in West Virginia, however, Attorney General Patrick Morrisey sees the federal plan as a mortal threat to coal mines already struggling due to competition from cheap natural gas.

"EPA cannot rely on experimental and costly technology that threatens hard-working West Virginians whose livelihoods are dependent upon the coal industry," Morrisey, a Republican, said this week.

The federal plan aims to reduce carbon dioxide emissions at existing power plants by about one third by 2030. The plan also encourages further development of alternative energy sources such as wind and solar by further ratcheting down any emissions allowed from new coal-fired power plants.

Under the Clean Air Act, certain challenges to new EPA rules skip the federal district court and go directly to the appeals court in Washington. Dates for oral arguments in the cases, which are being consolidated by the court, have not yet been set.