Right-to-work laws prohibit membership in a union as a condition of employment. 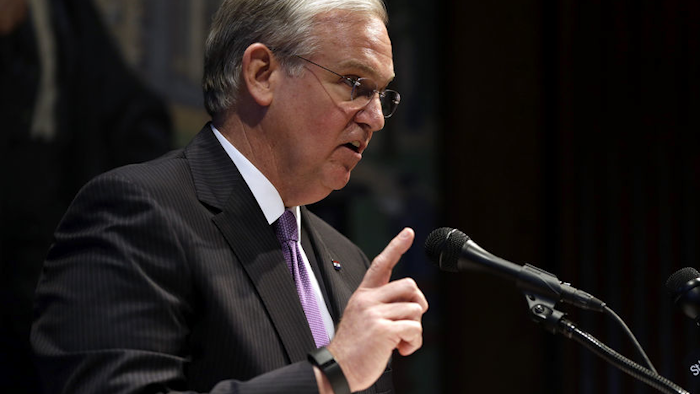 Right-to-work laws prohibit membership in a union as a condition of employment, as well as the automatic collection of union dues from paychecks. Supporters say the bills enhance workplace freedom and make states more competitive; critics contend they erode collective bargaining and result in lower wages.

Nixon, a Democrat, initially threatened to veto the bill last month, when Republicans passed the measure during a contentious legislative session.

Republicans hold veto-proof majorities in both chambers of the Missouri Legislature, but 23 House Republicans and four Senate Republicans voted against the bill. Should those margins hold, supporters would fail to override Nixon’s veto.

Lawmakers will return to session to consider override votes in September.