Los Angeles-Area Shoreline Is Latest To Close Over Oily Goo 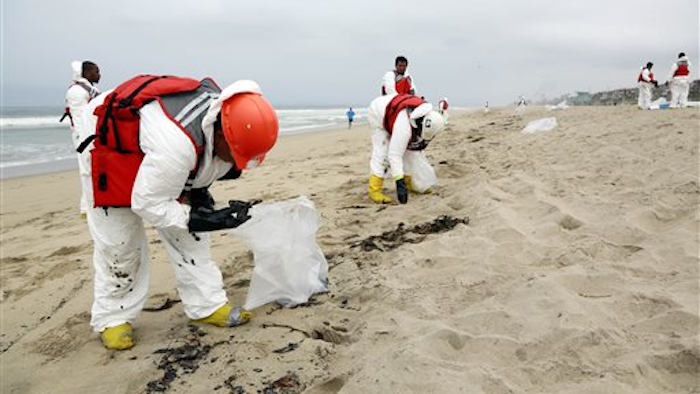 A 4-mile stretch of a Los Angeles-area beach was closed Thursday to swimmers and surfers after tar balls washed ashore — the latest Southern California coastline to shut down due to oily goo, authorities said.

The fire department in the city of Long Beach ordered the closure Wednesday night over concerns the material could cause skin irritation or other adverse health effects in beachgoers.

"We ask that people stay off the beach and out of the water for now," agency spokesman Jake Heflin said.

Crews had scooped up about 55 gallons of the sticky substance by Thursday morning from the shoreline about 25 miles south of downtown Los Angeles, Heflin said.

The material did not appear to be related to the oil and gas extraction that occurs in the area, Heflin said.

Nothing has been ruled out, including last month's oil spill that dumped thousands of gallons of crude along the Santa Barbara County coast, about 140 miles to the northwest. Two beaches near that spill remain closed.