It's a victory for the U.S. meat industry, which said the labels are burdensome. 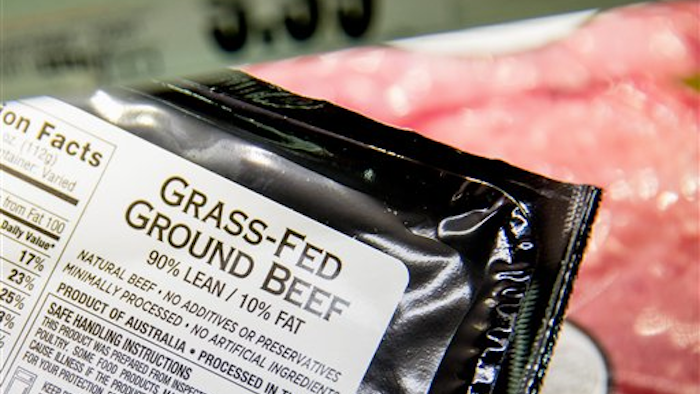 Labels on packaged steaks and other cuts of red meat in the United States that say where the animals were born, raised and slaughtered will have to be dropped or revised after a World Trade Organization ruling Monday.

The office of the U.S. Trade Representative said the WTO has rejected a final U.S. appeal, deciding that the U.S. "country of origin" labels put Canadian and Mexican livestock at a disadvantage.

The Obama administration had previously revised labels to try to comply with WTO obligations. Agriculture Secretary Tom Vilsack has said that if the WTO ruled against the final U.S. appeal, Congress will have to weigh in to avoid retaliation — such as extra tariffs — from the two neighbor countries.

Though the ruling went against the U.S., it's a victory for the U.S. meat industry, which has said the labels are burdensome. Meat processors quickly called for repeal of the labeling laws after the WTO decision.

Canada and Mexico issued a joint statement calling on the United States to repeal the labeling rules and saying they will seek authorization from the WTO to take retaliatory measures against U.S. exports.

The officials said they would "continue to work closely" on the issue with the United States.

The National Farmers Union, a farm group that has backed the country of origin labels, said negotiations would be better than congressional intervention.

"As we have seen in other disputes, once decisions are handed down, WTO members often work together to find a solution that will work for them," said National Farmers Union President Roger Johnson. "In this case, such a solution must involve continuation of a meaningful country-of-origin labeling requirement."

Congress required the labels in 2002 and 2008 farm laws, mostly at the behest of ranchers in the northern United States who compete with the Canadian cattle industry. Originally, the U.S. Department of Agriculture allowed the labels to say simply "Product of U.S." or "Product of U.S. and Canada," but the WTO rejected that approach in 2012.

The WTO rejected those revised rules last year, and the United States filed one last appeal, rejected Monday by the WTO.

Tim Reif, chief counsel for the U.S. Trade Representative, said that the administration is "considering all options going forward, and will continue to consult with members of Congress and interested members of the public regarding possible next steps."

The Republican chairmen of the House and Senate Agriculture Committees have indicated they are ready to step in on the issue. Both Texas Rep. Mike Conaway and Kansas Sen. Pat Roberts have supported past efforts to repeal the labeling laws, siding with the meat industry.

Conaway said in a statement he will hold a hearing this week for members of the House panel to weigh in on the issue.

"As retaliation by Canada and Mexico becomes a reality, it is more important now than ever to act quickly to avoid a protracted trade war with our two largest trade partners," Conaway said.

Roberts also said he would move swiftly to try and find a solution. He said retaliation could mean billions of dollars in tariffs on U.S. exports.

"Those costs will be passed on to consumers," Roberts said.