A unanimous Supreme Court ruled Monday that a company is not liable for inducing patent infringement if someone other than the company carries out some of the steps leading to infringement. 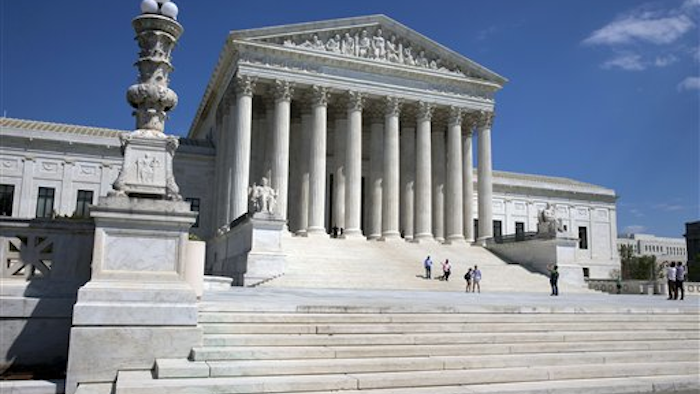 WASHINGTON (AP) -- A unanimous Supreme Court ruled Monday that a company is not liable for inducing patent infringement if someone other than the company carries out some of the steps leading to infringement.

Akamai claimed Limelight used some of its patented methods for speeding content delivery, and then illegally encouraged its customers to carry out the remaining steps. The U.S. Court of Appeals for the Federal Circuit agreed, but the Supreme Court reversed.

Justice Samuel Alito said all the steps for patent infringement must be performed by a single party. Since there was no direct infringement, Alito said there could be no inducement.

The case drew interest from tech giants including Google and Oracle, which have been sued frequently by so-called "patent trolls," companies that buy patents and force businesses to pay license fees or face costly litigation. They had urged the high court to overturn the Federal Circuit in order to limit the growing number of patent infringement lawsuits.

In another patent case Monday, the high court also ruled unanimously that a medical device company's patent on a heart-rate monitor used with exercise equipment was too ambiguous to pass muster. Biosig Instruments had sued competitor Nautilus Inc., for allegedly infringing its monitor's design.

Writing for the court, Justice Ruth Bader Ginsburg said the description of Biosig's design as a "spaced relationship" between two electrodes was not specific enough to meet patent standards. The high court again reversed a decision of the Federal Circuit, which found the patent acceptable.

The Supreme Court remanded the case and instructed the appeal court to use a more exacting standard.