A new government report says energy-related carbon dioxide pollution increased slightly last year after declining for several years in a row. The 2 percent increase was largely due to a small increase in coal consumption in the electric power sector. 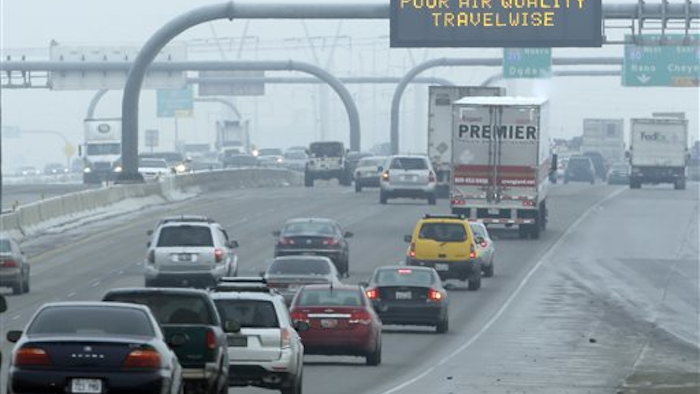 WASHINGTON (AP) -- Energy-related carbon dioxide pollution grew by 2 percent last year after declining several years in a row, a government report said Monday. The increase was largely due to a small boost in coal consumption by the electric power industry, according to the study by the U.S. Energy Information Administration.

Coal, long the dominant source for U.S. electricity, has regained some market share in recent months as natural gas prices have increased following historic lows in 2012.

American cars and factories spewed 5.38 billion tons of carbon dioxide in 2013, up from 5.27 billion in 2012, the report said. Carbon dioxide is the chief man-made global warming gas.

Forty percent of U.S. carbon emissions, and one-third of greenhouse gases overall, come from electric power plants, according to the EIA.

Under Obama's plan, the Environmental Protection Agency will propose guidance for states to regulate greenhouse gas emissions from future power plants, as well as those already in existence, to reshape where Americans get electricity. The plan is intended to help move the United States from a coal-dependent past into a future fired by cleaner sources of energy such as wind and solar power, nuclear energy and natural gas.

The EPA says the plan would not raise the price of electricity or cause major disruptions to the U.S. economy, a claim the coal industry and its allies in Congress dispute.

Obama's plan also would boost renewable energy production on federal lands, increase efficiency standards and prepare communities to deal with higher temperatures that many scientists say are being caused by human activity. The 12 hottest years on record all have occurred in the past 15 years.

A startup pioneered a new way to discover cleantech resources on the seafloor.
Dec 1st, 2021
Follow Us
Most Recent