The Ebola scare has subsided in the United States, at least temporarily, but an Alabama manufacturer is still trying to catch up with a glut of orders for gear to protect against the disease. Located in north Alabama, the family-owned Kappler Inc. of Guntersville typically gets only a few orders annually... 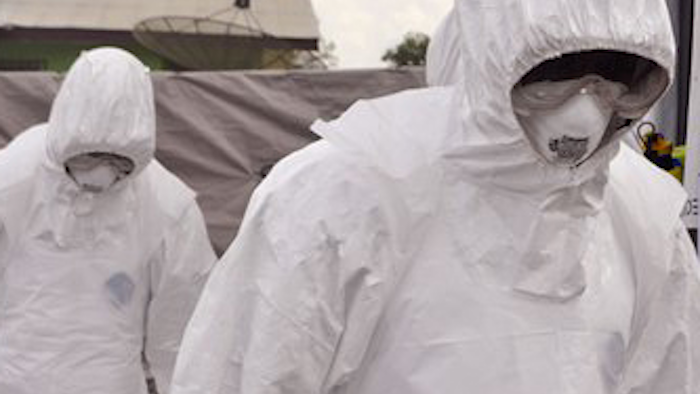 The Ebola scare has subsided in the United States, at least temporarily, but an Alabama manufacturer is still trying to catch up with a glut of orders for gear to protect against the disease.

Located in north Alabama, the family-owned Kappler Inc. of Guntersville typically gets only a few orders annually for the type of suit needed by health workers who are in contact with Ebola patients.

That changed once the disease showed up in Texas, Kappler vice president of marketing Dennis Sanders said. Quickly, orders were flooding in for thousands of the company's Provent 10,000 coverall.

"It happened, literally, overnight," he said. "We took orders in a couple of days that exceeded the orders we've had on that particular product in two or three years."

While the company has about 75,000 of the suits on back order, Sanders said, it has yet to need to add to its workforce of 150 employees or extend working hours.

"We'll probably be filling orders through April 2015," he said.

Other U.S. manufacturers also have reported seeing spikes in orders for protective gear, including surgical face mask manufacturer Kimberly-Clark. In China, Weifang Lakeland Safety Products has said it is doubling capacity to meet the demand for coveralls.

Kappler is the only company making protective suit entirely in the United States, Sanders said. Its product works because of a special method for sealing seams and APTRA, a plastic film that protects against blood and body fluids that could carry the Ebola virus, he said.

Kappler sells its suits to distributors that, in turn, sell to hospitals and health agencies. The Provent 10,000 suit costs about $25 retail.

While the company is now working through old orders, Sanders said he expects another round of new orders if Ebola again becomes a lead topic for news in the United States.

"Anytime there is an event in the world we get the inquiries about things like, 'How long would it take for a 1 million orders?" he said. "This time those calls turned in to orders."

The World Health Organization says more than 5,400 people have died in the current outbreak, mostly in Guinea, Liberia and Sierra Leone in western Africa.

Ten people have been treated for Ebola in the United States, and one has died.