Hellmann's Owner Sues Over Company's Use Of 'Mayo'

You have to break some eggs to make an omelet and, according to a lawsuit from the maker of Hellmann's, the same goes for mayonnaise. The food company Unilever is suing a California company that uses the word "Mayo" in its sandwich spread name, saying that federal regulators... 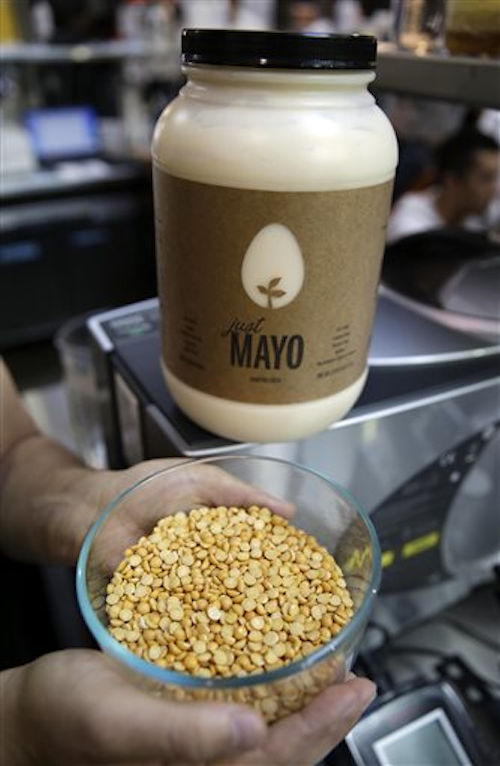 You have to break some eggs to make an omelet and, according to a lawsuit from the maker of Hellmann's, the same goes for mayonnaise.

The food company Unilever is suing a California company that uses the word "Mayo" in its sandwich spread name, saying that federal regulators and dictionaries define mayonnaise as a spread that contains eggs.

The suit claims false advertising by the company Hampton Creek for labeling its egg-free product "Just Mayo." Unilever says in a complaint filed in federal court that the world mayo implies that the product is mayonnaise, and Just Mayo is "stealing market share from Hellmann's"

"Consumers and cooks have an expectation that mayonnaise should both taste and perform like mayonnaise. Just Mayo does neither," the complaint states, noting that the Hampton Creek product's oils separate when heated.

Unilever holds the biggest share of the U.S. mayonnaise market, which is estimated to be worth $2 billion annually, according to market-research firm Euromonitor. That's more than twice the size of the ketchup market.

Hampton Creek did not return calls from The Associated Press seeking comment Tuesday morning. The company told The Wall Street Journal that it doesn't mislead consumers because it advertises the absence of eggs as a benefit.

But a marketing professor hired by Unilever to survey consumers found in an online survey that more than half of thought Just Mayo was mayonnaise when they saw the label. The professor said in a document filed last week that 822 consumers participated in the research.

Just Mayo is the first product from Hampton Creek, a San Francisco-based startup that touts the backing of Microsoft founder Bill Gates and Li Ka-shing, Asia's wealthiest person. Just Mayo is available at Dollar Tree, Whole Foods and Kroger stores, among other locations.

Hellmann's celebrated its 100th anniversary last year. Mayonnaise originated in France in the 1700s, when a chef seeking to make a creamy sauce combined oil and egg yolks.