PepsiCo Inc.'s CEO Indra Nooyi has made a double-edged statement on the NFL's problems handling domestic violence, calling some players' behavior "repugnant" but saying that Commissioner Roger Goodell is "a man of integrity." The boss of the... 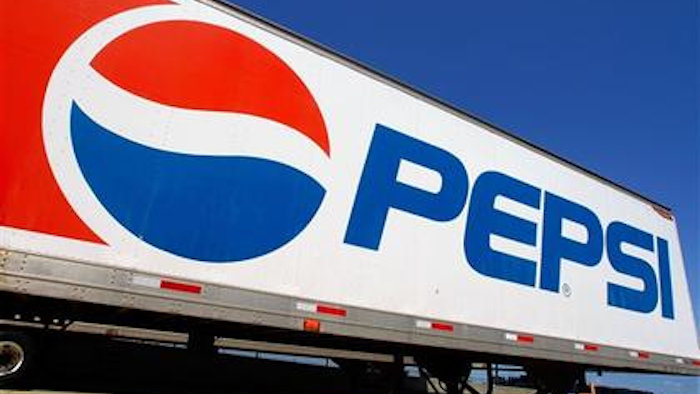 PepsiCo Inc.'s CEO Indra Nooyi has made a double-edged statement on the NFL's problems handling domestic violence, calling some players' behavior "repugnant" but saying that Commissioner Roger Goodell is "a man of integrity."

The boss of the maker of Pepsi, Gatorade, and Doritos, one of the league's biggest advertisers and sponsor of last year's Super Bowl halftime show, issued a statement late Wednesday that criticized the league but also expressed optimism that it can fix its problems.

The league and its teams have come under fire over the past two weeks over how it is dealing with several players with domestic violence allegations against them. An investigation has been launched into whether Commissioner Roger Goodell knew about or saw a video of Baltimore Ravens player Ray Rice hitting his then-fiancee earlier than he said.

The praise from a woman CEO of one of the largest food-and-drink makers in the world could give Goodell a boost as he faces continued calls for his resignation.

"It's such a no-risk thing to come out against domestic violence, waving their finger but not pulling any money," he said. "What Pepsi did is a little more interesting, they waved the finger but supported Roger Goodell. ... If you're Roger Goodell, this is definitely helpful."

Nooyi also decried the "repugnant behavior of a few players and the NFL's acknowledged mishandling of these issues," in a statement late Wednesday.

Most major sponsors have voiced disapproval, with Budweiser beer maker Anheuser-Busch, another one of the biggest, saying it was "increasingly concerned" about the situation.

But despite the lip service, it would be difficult for a sponsor to actually give up on the NFL's power as a marketing machine. An average of 17.4 million people tune in during a regular season NFL game, about 65 percent men and 35 percent women, according to Nielsen. During the Super Bowl, that ratchets up to 111.5 million watchers.

In addition to the support for Goodell, Nooyi praised the decision to hire three women executives to help shape its domestic violence policies.

"The reality for Commissioner Goodell and the NFL is that they now have an opportunity to effect positive change with the situation presented to them," she said in a statement.