A jury weighing criminal charges Thursday against the owner of a Georgia peanut plant blamed for a nationwide salmonella outbreak five years ago will decide the case without hearing one fact — that nine people died after eating the company's tainted peanut butter. Former Peanut Corporation of... 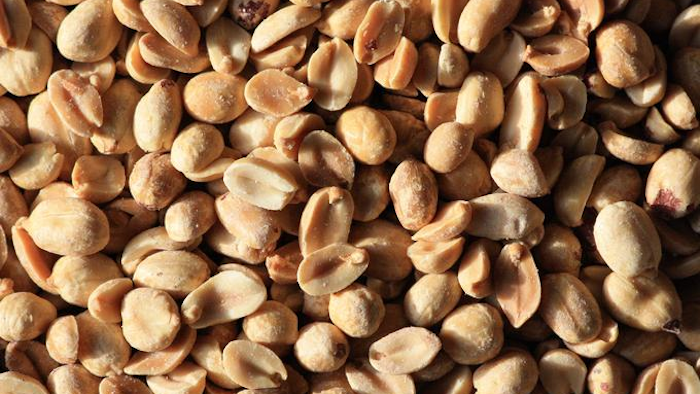 A jury weighing criminal charges today against the owner of a Georgia peanut plant blamed for a nationwide salmonella outbreak five years ago will decide the case without hearing one fact — that nine people died after eating the company's tainted peanut butter.

Former Peanut Corporation of America owner Stewart Parnell and two co-defendants have been on trial since Aug. 1 and the jury started deliberations Friday. Parnell and his brother, food broker Michael Parnell, are charged with knowingly shipping contaminated peanut butter to customers and faking lab tests intended to screen for salmonella.

Tainted peanut butter from the company's plant in rural Blakely, Georgia, ended up in jars, packaged crackers and other snacks. In 2009, hundreds of people were sickened and the outbreak led to one of the largest food recalls in U.S. history.

The peanut plant's quality control manager, Mary Wilkerson, is charged along with Stewart Parnell with obstructing justice. Jury deliberations were to resume in U.S. District Court after a three-day recess. Experts say it is the first time food processors have been tried in a federal food-poisoning case.

Prosecutors spent nearly six weeks presenting the jury with 46 witnesses and an estimated 1,000 documents. Testimony included that people got sick, but attorneys and witnesses never mentioned that some died.

Prosecutor Patrick Hearn, in his closing argument Friday, said Parnell and his co-defendants were greedy enough "to toss food safety to the wind." But he stopped short of describing the outbreak's full consequences.

"They served up salmonella to people and they ate it," Hearn said. "This needs to never happen again."

Why not tell the jury of the deaths? The Parnell brothers aren't charged with killing or sickening anybody.

Instead, prosecutors decided they could build a stronger case charging them with defrauding their customers — food producers including Kellogg's — and selling them tainted goods, said U.S. Attorney Michael Moore of Georgia's Middle District, whose office tried the case.

"We wanted to make sure we kept the jury focused on the conduct that led to these people's sickness, but not let the case get into the medical history of every victim out there" with testimony on individual deaths, Moore said.

Defense attorneys have acknowledged the Georgia plant shipped tainted peanut butter and covered up positive salmonella tests, but they say the scheme was carried out behind the backs of the Parnell brothers by two plant managers who pleaded guilty. Before the trial began, defense lawyers asked the judge to rule any evidence of sickness or death out-of-bounds. They argued it was irrelevant to the prosecutors' fraud case and would unfairly "sway the passions of the jury" toward convictions.

Moore said his prosecutors also had doubts about whether death evidence would be admissible, or whether convictions in the case would be vulnerable to appeals if the trial judge allowed the jury to hear that people died. Prosecutors backed off before Judge W. Louis Sands ruled he would allow evidence that people got sick.

Bill Marler, an attorney who has represented victims of food-borne illnesses for two decades, said prosecutors made a wise legal decision. His clients include families of five people who died in the salmonella case.

"It really is a balance between the prejudicial impact on the jury and whether or not you really needed to have that evidence in that trial," Marler said.

The three defendants, charged with 71 total counts, still face severe punishment if convicted. Prosecutors have said Stewart Parnell faces a maximum of 754 years in prison and $17 million in fines. And Moore said he intends to present evidence of the deaths during sentencing if there are convictions.

Both Moore and Marler said delving into the death toll would have made the Peanut Corporation trial far more complicated. Medical tests confirmed people who ate peanut butter from the Georgia plant were sickened by salmonella. It's harder to be sure salmonella killed some of them.

The Centers for Disease Control and Prevention, which tracked the outbreak from victims back to the plant, determined 714 people got sick in 43 U.S. states. Three deaths were reported in Minnesota, two in Ohio, two in Virginia, one in Idaho and one in North Carolina. But the CDC hedged when tying fatalities to salmonella.

"The nine deaths reported are linked to the Salmonella Typhimurium outbreak, but were not definitively caused by Salmonella," the CDC said in a May 2009 report.

Marler said all nine who died tended to be older people with other problems that made them vulnerable to severe effects from food poisoning.

"They have cancer, they have diabetes, they have heart disease and their immune systems are compromised," Marler said. "There's no question they were infected. It's really about what prompted their deaths."

Shirley Mae Almer, 72, died in December 2008 after eating tainted peanut butter at a Minnesota hospital where she was being treated for dehydration. She had also battled lung cancer and a brain tumor.

Her son, Jeff Almer, said authorities told him the jury wouldn't hear about his mother's death. He said he understood the decision, but still worries jurors don't know the case's full impact.

"The details and the technicalities get to be a bit much," Almer said of the case prosecutors presented. "I thought the deaths were a shock to the system and justified and validated everything."