The Republican-controlled House on Tuesday approved a bill to block the Obama administration from implementing a rule that asserts regulatory authority over many of the nation's streams and wetlands — an action that critics call a... 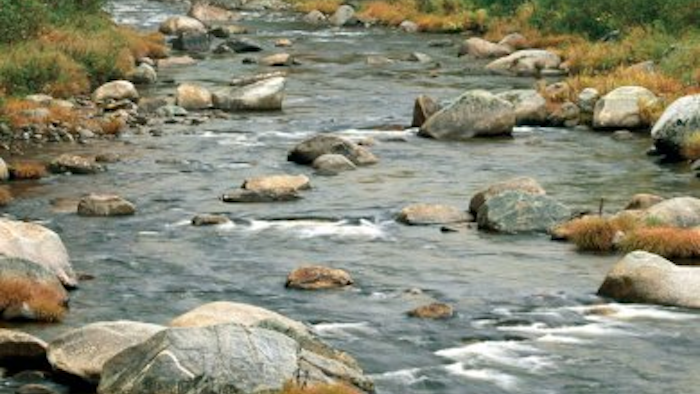 The Republican-controlled House on Tuesday approved a bill to block the Obama administration from implementing a rule that asserts regulatory authority over many of the nation's streams and wetlands — an action that critics call a classic Washington overreach.

The Environmental Protection Agency has proposed a rule that it says will clarify which streams and waterways are shielded from development under the Clean Water Act, an issue that remains in dispute even after two U.S. Supreme Court rulings.

Agriculture groups and farm-state politicians call the proposed rule a power grab that would allow the government to dictate what farmers can do on their own land. They said the rule is an example of governmental interference by bureaucrats who don't know as much as farmers and ranchers do about how to be good stewards of their land.

The EPA proposal would have "devastating consequences on every major aspect of the economy," from farming to manufacturing and road-building, Rep. Steve Southerland, R-Fla., said. Southerland is a co-sponsor of the bill, which would block the EPA and the Army Corps of Engineers from developing or finalizing the proposed rule.

The House approved the bill, 262-152. Thirty-five Democrats joined 227 Republicans to support the bill. Rep. Chris Smith, R-N.J., was the sole Republican to oppose it.

The measure is not expected to advance in the Democratic-controlled Senate.

In any case, the White House has threatened to veto the bill, saying the federal rule is needed to ensure clean water for future generations and to reduce regulatory uncertainty. More than 115 million Americans get their drinking water from rivers, lakes and reservoirs that are at risk of pollution from upstream sources, the White House said.

EPA Administrator Gina McCarthy said the proposal does not include new restrictions and merely clarifies what bodies of water already are under federal jurisdiction in the Clean Water Act.

"To set the record straight: this is not about restricting farmers; it's about protecting downstream water quality for all of us without getting in the way of American agriculture," McCarthy said in a July speech to a farmers group.

The effort to redefine what constitutes "waters of the United States" was spurred by two Supreme Court decisions that blurred understanding of what waters are covered under the Clean Water Act. Two Supreme Court decisions, in 2001 and 2006, limited regulators' reach but left unclear the scope of authority over small waterways that might flow intermittently. Landowners and developers say the government has gone too far in regulating isolated ponds or marshes with no direct connection to navigable waterways.

House Majority Leader Kevin McCarthy said the rule would extend the EPA's power to include streams, ponds, ditches, and even stormwater runoff, at the expense of small businesses and farmers.

"Beyond sounding ridiculous, this rule will impact farmers, energy producers, and any private citizens that use their land for economic or recreational purposes," said McCarthy, who is not related to the EPA official.

Rep. Nick Rahall, D-W.Va., said the EPA rule would hurt his coal-producing state and cost jobs in a troubled economy.

"One has to wonder what is in the water over at EPA headquarters," said Rahall, one of several Democrats in farming and energy-producing states to support the GOP bid to block the EPA.

"It's not about the federal government trying to regulate someone's backyard birdbath," Bishop said. Instead, he said the rule would protect waterways that provide drinking water to millions of Americans and habitat to wildlife of all types.

Rep. Marcy Kaptur, D-Ohio, said she was appalled that lawmakers were trying to block clean water rules just one month after algae turned Lake Erie green and produced toxins that fouled tap water for 400,000 people in the Toledo area. Holding up a jar of green muck from Lake Erie, Kaptur said better monitoring and testing is needed to reduce phosphorus runoff and prevent toxic algae blooms from contaminating drinking water.

"What happened to us is a severe warning for our country and we better be paying attention," Kaptur said.