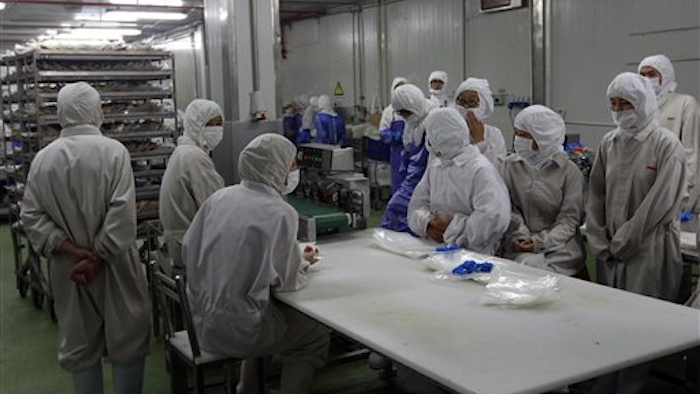 Aside from the content of the meeting, attention will also be focused on whether the two countries can use the opportunity to create an environment for a summit meeting between their leaders on the sidelines of an Asia-Pacific Economic Cooperation forum summit in Beijing in November.

Japanese Prime Minister Shinzo Abe and Chinese President Xi Jinping have not held a meeting since Abe assumed the premiership in December 2012 as the countries are at odds over territory and perceptions of history.

Beijing accepted a proposal from Tokyo to hold a meeting on food safety, presumably with the aim of easing Japanese concern over the safety of food from China, the sources said.

Some observers said that since former Japanese Prime Minister Yasuo Fukuda secretly met with Xi in late July, the envisioned consultation on food safety may be a fresh sign of an improvement in bilateral relations.

The meeting is expected to be held in China, the sources said, adding the Japanese government is seeking to learn how meat from the Chinese company was imported to Japan and to discuss preventive measures.

The two countries are expected to hold meetings on the matter afterward if deemed necessary, the sources said.

Chief Cabinet Secretary Yoshihide Suga told a news conference last week that the Japanese government has sought such talks as the two countries agreed in October 2009 to hold a ministerial-level meeting on food safety following a scandal over Chinese-made frozen dumplings laced with poison.