The president acknowledges that many of his fellow Democrats oppose the 12-nation Trans-Pacific trade deal because they worry it will hurt American workers. 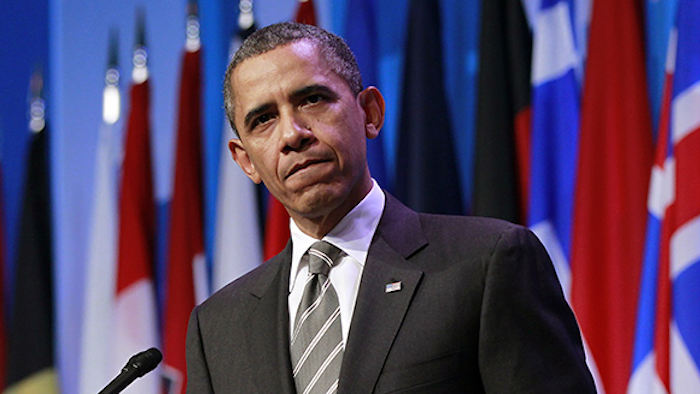 President Barack Obama says the U.S. must write the rules of the global economy now, while it's in a position of economic strength.

If it doesn't, Obama says, "China will." And he says that would give Chinese workers the upper hand and lock Americans out of jobs.

Obama made his case for international trade pacts Friday at the Beaverton, Oregon, headquarters of the giant clothing and shoe company Nike. But he also met with Oregon small business leaders. He says small companies make up 98 percent of U.S. exporters and benefit from open markets.

The president acknowledges that many of his fellow Democrats oppose the 12-nation Trans-Pacific trade deal because they worry it will hurt American workers.

Obama says, "Some of my dearest friends are wrong. They're just wrong."