The city's Navy Yard, a massive military powerhouse where battleships were born until the Cold War put it on ice, is celebrating a milestone that seemed a stretch when the Navy shipped out 17 years ago. Once the nation's first shipyard, the sprawling property is now home to 130 companies and 10,000 employees in industries as varied as fashion, pharmaceuticals, colleges and cupcakes. 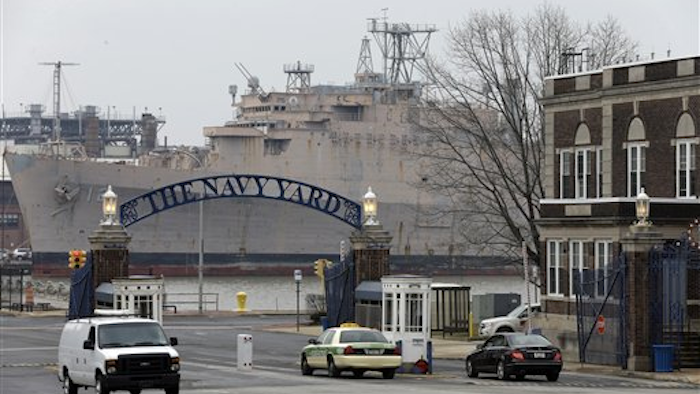 PHILADELPHIA (AP) -- The city's Navy Yard, a massive military powerhouse where battleships were born until the Cold War put it on ice, is celebrating a milestone that seemed a stretch when the Navy shipped out 17 years ago.

Once the nation's first shipyard — its origins date to 1776 — the sprawling property is now home to 130 companies and 10,000 employees in industries as varied as fashion, pharmaceuticals, colleges and cupcakes.

"There was a lot of uncertainty early on," said John Grady, president of the Philadelphia Industrial Development Corp. "People weren't sure what we were going to do to replace this engine of activity that was there."

About $130 million in publicly funded infrastructure improvements at The Navy Yard has spurred more than $700 million in private investment. About $30 million in city wage taxes and $47 million in state income and sales taxes were generated last year.

About one-third of the 130 businesses get some form of tax break but are in exchange required to make a certain amount of capital investments or increase employment.

The 2013 master plan update estimates that more than 30,000 people will work at The Navy Yard at its peak, possibly in 15 to 20 years, with private investments of $3 billion.

Robert A.M. Stern Architects, creators of the original and revised strategic plans, envision new and rehabbed commercial, industrial and residential buildings eventually extending to the waterfront with a complement of surrounding parks and canals.

"Any good master plan has to change as circumstances change," Stern said, "and in this case, it's wonderful to work with a plan that is in many ways a victim of its own success."

The end of the Cold War spelled the end of the shipyard, and by 1996 the Navy had packed its bags. Roughly 7,000 civilian jobs were lost.

After the Navy transferred ownership of about 1,100 acres to the Philadelphia Industrial Development Corp., the public-private partnership began floating ideas for the site's future. Four years later, a roadmap was unveiled to guide growth of what essentially is a city within a city at the southern end of Broad Street.

The Philadelphia Naval Shipyard, the property's military title, was renamed The Navy Yard for its new life as the urban antidote to the cloistered office parks in the suburbs.

"We started at a time when the suburban business park was kind of the model," Grady said, "but of course what we've seen is a shift back to cities."

Like a college campus, the layout is conducive to workers venturing out of their offices. Shared park-like green spaces are hallmarks of the site, as are commissaries and cafeterias that are open to everyone, not just employees of the building where they're located.

The model has proven particularly appealing to businesses from outside the city: Nearly two-thirds of the 130 businesses at The Navy Yard are new to Philadelphia, Mayor Michael Nutter said.

"The momentum ... only has accelerated throughout the recent recession," he said. The area has added 60 companies and 2,500 employees since 2008.

Adding to the urban environment in the next several years will be 1,000 apartment units in a cluster of existing and new buildings, along with grocery shopping and other neighborhood necessities. A sleek 170-room hotel is under construction and development is expanding up to the Delaware River.

A desired piece of the puzzle that may be toughest to achieve, however, is extending a subway line to the Navy Yard. Those who don't drive to work must catch a city bus or a shuttle from downtown for the five-mile trip.

Grady estimated it could cost $350 million to extend the subway and add a couple of station stops inside the yard. It's not on the immediate horizon but it is a goal, he said.

The newest tenant is pharmaceutical giant GlaxoSmithKline. About 1,300 employees relocated last week from a downtown office tower to an $80 million, 208,000-square-foot building, and about 500 more will arrive later this month.

The move allowed the company to custom-make an energy-efficient, eco-friendly building with modern collaborative workspaces and an open floor plan, and the location is much closer to the airport, said Glaxo project manager Ray Milora.

"Everyone really is excited to be down here," he said. "We were in a very traditional, standard, beige, American office space. ... It's amazing how everything changes by taking down walls and being able to see people."