It appears that the threat of new Food and Drug Administration (FDA) regulations in the cheese industry hasn’t gotten old and moldy just yet, causing cheesemakers to pull popular product lines. 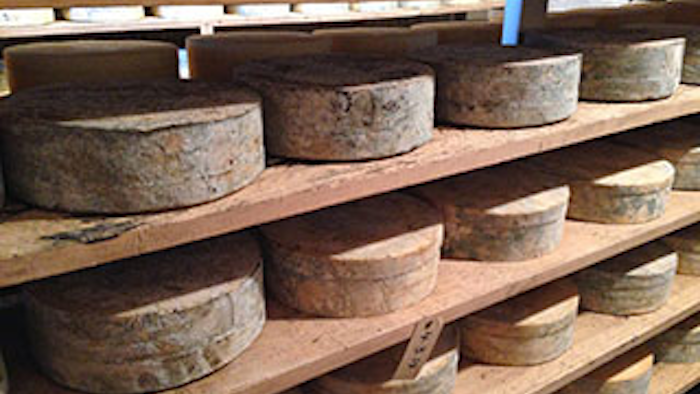 It appears that the threat of new Food and Drug Administration (FDA) regulations in the cheese industry hasn’t gotten old and moldy just yet. If you recall, in June the FDA announced that it will not permit American cheese makers to age cheese on wooden boards, according to Cheese Underground blogger Jeanne Carpenter. The FDA had deemed the practice unsanitary since the Food Safety Modernization Act (FSMA), despite the fact that wooden boards have been used for hundreds of years. While this wouldn’t have created a huge problem for large cheese manufacturers like Kraft, it would have been a problem for small businesses and artisan cheesemakers. After so much outcry from cheese makers and consumers, the FDA quickly backed down just a few days later.

Now Carpenter and news outlets in Wisconsin are reporting that production of a popular cheese with its own cult following is being suspended. In an email to industry professionals, Uplands Cheese co-owner and lead cheesemaker Andy Hatch broke the news that he will not be making Rush Creek this year. The Rush Creek Reserve is a raw milk cheese aged 60 days on wood boards.

Hatch indicated that the financial risk was too great, because there were no guarantees on how regulators would treat it. "The decision not to make Rush Creek this year was not an easy one," Hatch said. "It was made over the last few months as the regulatory climate surrounding traditional cheeses has become cloudier and less clear."

As reported by WISC-TV, a CBS affiliate in Madison, WI, food safety and regulation expert Marianne Smukowski with the Wisconsin Center for Dairy Research said cheesemakers across the country with the American Cheese Society met last week with the FDA in California in hopes of clearing up issues. But she said other raw milk cheesemakers have also pulled production.

"It's obvious we need to talk to the FDA again, and see what we can do to have better communication and what we need to do," Smukowski said.

It’s always a tough decision for a company to halt production on a product line. Not only is it cutting into profits, but uncertainty can drag the corporate culture down as the company sits in a holding pattern. While the FDA is trying to make things safer for consumers, they’re cutting into a tradition that has lasted for centuries. Tradition that has yet to wipe out the human race.

Does it do more harm to hint at regulation before writing up the rules? Do regulations need to be clearer and timelier? Is Uplands Cheese making the right move by suspending production on a popular product? Or should they keep production going until regulations change?