Is A Pabst Return Good For Milwaukee?

A few weeks back we ran a story on a small group of Milwaukee residents who were campaigning to bring the Pabst brand back to Wisconsin. Tomorrow is the group’s first town hall meeting, where they’ll prepare to try to move their cause forward. But is it a good idea for Milwaukee? 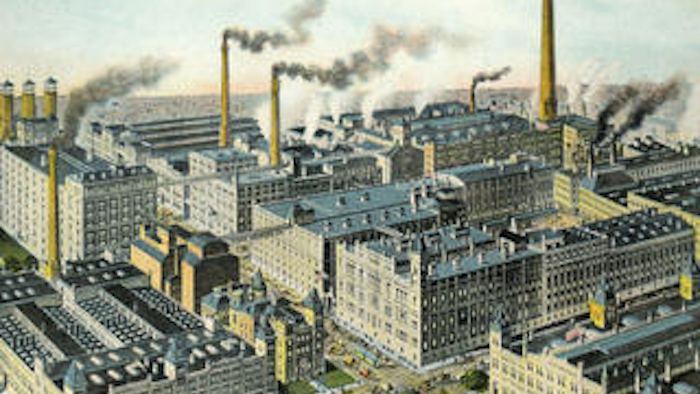 The AP recently reported that a small group of Milwaukee residents wants to revive part of its proud, beer-producing history by buying Pabst Brewing Co. from a California executive in hopes of returning the brand to its birthplace, possibly as a city-owned brewery.

According to bringpbrhome.com, tomorrow is the group’s first town hall meeting. Says the site: “This project is an attempt to build public dialogue around the issue of ownership in Milwaukee. Who owns what? Who operates it? Who benefits from it? And how do these questions impact the project to return ownership of PBR to Milwaukee?”

The company that started in Milwaukee in 1844 is now headquartered in Los Angeles after being bought by a food industry executive a few years back. For the “Bring PR Home” crew, this brand is almost like a birthright, and they hope to help transition Milwaukee back to the beer city it once was. But behind all of the flowery language, there is another point to consider, of course: funding.

Wisconsin just posted an unemployment rate of 5.9 percent, its lowest in five years. However, Milwaukee, in particular, had been hit hard by the recession. According to the Bureau of Labor Statistics, Milwaukee and its surrounding towns had an unemployment rate of 7.2 percent in February (not seasonally adjusted). This combined with general wage stagnation and rising prices of consumer goods means the Milwaukee area may not be interested in another community-funded project — no matter how much they like Pabst.

And this Pabst-loving crew isn’t the only one with their hands out: Milwaukee might soon be on the hook for another multi-million dollar project. When owner Herb Kohl sold the Milwaukee Bucks last week to hedge fund partners Marc Lasry and Wesley Edens for $550 million, part of the agreement was that Kohl and the new owner partnership would each contribute $100 million for the construction of a new arena. Should the costs outweigh the allotment — and the owners fail to find the required contributions from private entities — Milwaukee area counties may be pressured to provide public financing.

So far, public opposition to any form of taxation to finance and build a new arena has been strong, said Don Walker in the Milwaukee Journal Sentinel last week. The new arena could mean the potential for millions in downtown development, but, in an interview with the Journal Sentinel, Kohl said it was understood that any talk of new taxes would have to wait until after the November elections. It’s fairly easy to read between the lines here — Kohl, a former Senator himself, knows full well that, no matter the result, a public funding request can often be a controversial and politically divisive endeavor.

Like the Bucks, in Pabst’s case the investment would perhaps help this struggling economy. In 1996, Pabst headquarters left and beer production ceased at the company's main complex in downtown Milwaukee. But would the jobs that might return be worth the price tag? According to the AP, Paul Gatza, director of the Colorado-based Brewers Association trade group, said he's seen reports the company could go for $700 million to $1 billion. Blue ribbons, apparently, don’t come cheap.

So Milwaukee area residents may be in a position to choose basketball, beer or neither. What would you pick?