California Gov. Jerry Brown recently signed the nation's first statewide ban on single-use plastic shopping bags, following the lead of more than 100 California cities and counties. The fight between environmentalists and manufacturers is not over, as the data begins to show that plastic might not be as bad as you'd think... 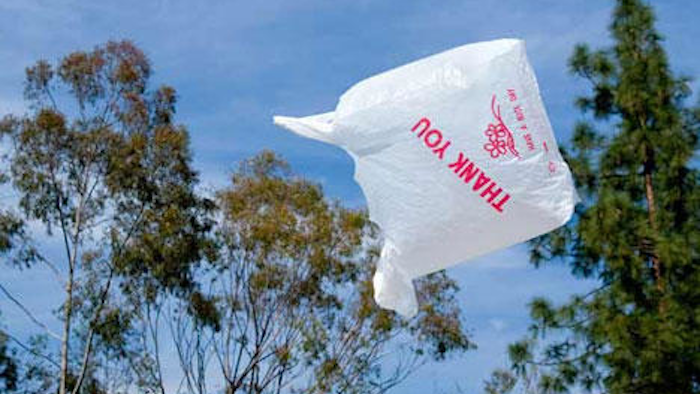 My first instinct on a plastic bag ban was of warm, fuzzy, do-gooding feelings for the Earth, and I wasn’t alone. The Mnet comments section was split pretty evenly. I think most of us would agree that the feeling of environmentalism is nice, until some other facts set in.

“The approval of SB270 by the California legislature and Governor Jerry Brown could serve as a case study for what happens when greedy special interests and bad government collide in the policymaking process.

“Senator Padilla’s bill (SB270) was never legislation about the environment. It was a back room deal between the grocers and union bosses to scam California consumers out of billions of dollars without providing any public benefit – all under the guise of environmentalism. If this law were allowed to go into effect it would jeopardize thousands of California manufacturing jobs, hurt the environment, and fleece consumers for billions so grocery store shareholders and their union partners can line their pockets.”

What could really give the referendum legs is the recently announced support from SPI: The Plastics Industry Trade Association.

SPI also brought concern regarding cotton grocery bags, the viable replacement for plastic. According to the organization, “cotton grocery bags must be used 131 times before their contribution to global climate change becomes lower than that of a plastic bag used just once. These bags also have been found to contain toxic lead and harbor harmful bacteria.”

The 131 times before equivalence to plastic is also based on the one-time use model. Meaning if you use a plastic bag for a garbage bag or for pet waste, you’d have to use a cotton-based bag 262, or even 393, times before the climate-change effect is negated.

This is data that clearly doesn’t help the cause of SB270. SPI goes even further to say:

“The lack of science or logic in SB270 sets a disconcerting precedent for what legislators could do under the guise of environmental stewardship. This should concern the plastics industry at large: unscientific bills supported by special interests could encourage bans on other plastic products. This must be the beginning of a discussion that plastics recyclers, suppliers, manufacturers and processors have about the future of the industry.”

I’m one to believe in the good of people first, so I’d like to think that those pushing this bill through were not privy to the data, which is not uncommon (though it can be debated whether the facts were not brought to light or not discovered out of laziness).

The skeptic in me instantly begins to question both sides of the argument at this point. If you’ve heard about the Great Pacific Plastic Island (also listed under many other similar names), you’re familiar with the challenges that plastic brings to the environment. Yet if SPI’s numbers are accurate (and not politically spun), plastic could still be better for the environment.

Do you think the plastics ban should be lifted on account of unseen data? Or, does the use of plastic need to eventually end (slow as the process may be)? Comment below.