Will A Surge Of Older Workers Take Jobs From The Young?

It's an assertion that has been accepted as fact by droves of the unemployed: Older people remaining on the job later in life are stealing jobs from young people. One problem, many economists say: It isn't supported by a wisp of fact. 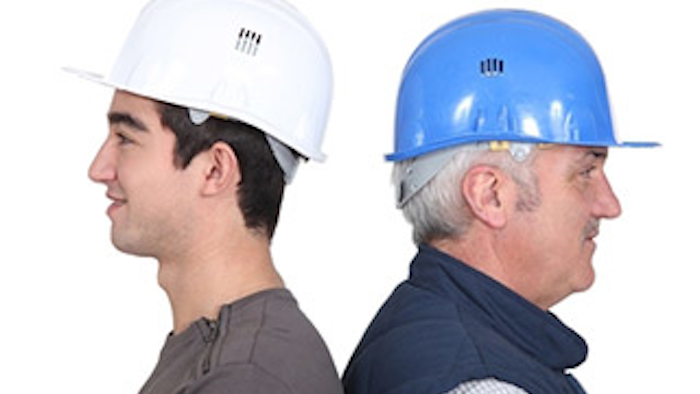 CHICAGO (AP) — It's an assertion that has been accepted as fact by droves of the unemployed: Older people remaining on the job later in life are stealing jobs from young people.

One problem, many economists say: It isn't supported by a wisp of fact.

"We all cannot believe that we have been fighting this theory for more than 150 years," said April Yanyuan Wu, a research economist at the Center for Retirement Research at Boston College, who co-authored a paper last year on the subject.

The theory Wu is referring to is known as "lump of labor," and it has maintained traction in the U.S., particularly in a climate of high unemployment. The theory dates to 1851 and says if a group enters the labormarket — or in this case, remains in it beyond their normal retirement date — others will be unable to gain employment or will have their hours cut.

It's a line of thinking that has been used in the U.S. immigration debate and in Europe to validate early retirement programs, and it relies on a simple premise: That there are a fixed number of jobs available. In fact, most economists dispute this. When women entered the workforce, there weren't fewer jobs for men. The economy simply expanded.

The same is true with older workers, they argue.

"There's no evidence to support that increased employment by older people is going to hurt younger people in any way," said Alicia Munnell, director of the Center for Retirement Research and the co-author with Wu of "Are Aging Baby Boomers Squeezing Young Workers Out of Jobs?"

Still, the perception has persisted, from prominent stories in The New York Times, Newsweek and other media outlets, to a pointed question to Rep. Nancy Pelosi last year by the NBC reporter Luke Russert, who asked whether her refusal to step out of the House leadership (and the similar decisions of other older lawmakers) was denying younger politicians a chance. A chorus of lawmakers around Pelosi muttered and shouted "discrimination," until the Democratic leader chimed in herself.

"Let's for a moment honor it as a legitimate question, although it's quite offensive," she said. "But you don't realize that, I guess."

The heart of Russert's question makes sense to many: If Pelosi doesn't give up her position, a younger person doesn't have a chance to take it. That viewpoint is repeated in countless workplaces around the country, where a younger person awaits a senior employee's departure for their chance to ascend.

But economists say the larger macroeconomic view gives a clearer picture: Having older people active and productive actually benefits all age groups, they say, and spurs the creation of more jobs. Munnell and Wu analyzed Current Population Survey data to test for any changes in employment among those under 55 when those 55 and older worked in greater numbers. They found no evidence younger workers were losing work and in fact found the opposite: Greater employment, reduced unemployment and yielded higher wages.

Munnell said, outside of economists, the findings can be hard for people to understand when they think only of their own workplace.

"They just could not get in their heads this dynamism that is involved," she said. "You can't extrapolate from the experience of a single company to the economy as a whole."

James Galbraith, a professor of government at the University of Texas at Austin, has advocated for a temporary lowering of the age to qualify for Social Security and Medicare to allow older workers who don't want to remain on the job a way to exit and to spur openings for younger workers.

He doesn't buy the comparison of older workers to women entering the workforce and says others' arguments on older workers expanding the economy don't make sense when there are so many unemployed people. If there was a surplus of jobs, he said, there would be no problem with people working longer. But there isn't.

"I can't imagine how you could refute that. The older worker retires, the employer looks around and hires another worker," he said. "It's like refuting elementary arithmetic."

Melissa Quercia, 35, a controller for a small information technology company in Phoenix, said she sees signs of the generational job battle all around her: jobs once taken by high schoolers now filled by seniors, college graduates who can't find work anywhere, the resulting dearth of experience of younger applicants. She doesn't see economists' arguments playing out. Older people staying on the job aren't spurring new jobs, because companies aren't investing in creating new positions, she said.

"It's really hard to retire right now, I understand that," she said. "But if the younger generation doesn't have a chance to get their foot in the door, then what?"

Jonathan Gruber, an economist at the Massachusetts Institute of Technology who edited a book on the subject for the National Bureau of Economic Research, said it's a frustrating reality of his profession: That those things he knows as facts are disputed by the populace.

"If you polled the average American they probably would think the opposite," he said. "There's a lot of things economists say that people don't get and this is just one of them."

Matt Sedensky, an AP writer on leave, is studying aging and workforce issues as part of a one-year fellowship at the AP-NORC Center for Public Affairs Research, which joins NORC's independent research and AP journalism. The fellowship is funded by the Alfred P. Sloan Foundation and supported by APME, an association of AP member newspapers and broadcast stations.