An Associated Press investigation finds that managers with Purdue Pharma's international arm — Mundipharma — have been caught up in a sprawling corruption case in Italy alleging they paid a prominent pain doctor to help push opioids. 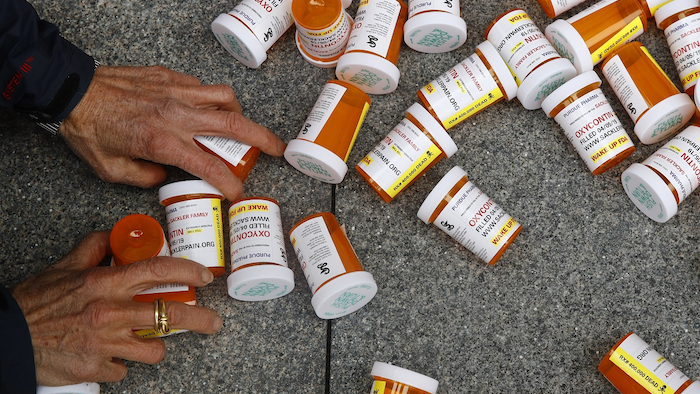 In this Friday, April 5, 2019, file photo, a protester gathers containers that look like OxyContin bottles at an anti-opioid demonstration in front of the U.S. Department of Health and Human Services headquarters in Washington, D.C. Image credit: AP Photo/Patrick Semansky

An Associated Press investigation finds that managers with Purdue Pharma's international arm — Mundipharma — have been caught up in a sprawling corruption case in Italy alleging they paid a prominent pain doctor to help push opioids. The scandal has been unfolding in Italy with little notice, even as the United States tries to undo the prescription opioid bonanza that helped jumpstart an epidemic that has killed 400,000.

WHY IT MATTERS: This is the first known case outside the U.S. where employees of the pharmaceutical empire owned by the billionaire Sackler family have been criminally implicated, more than a decade after Purdue executives were convicted in the U.S. over misleading the public about the addictiveness of OxyContin.

— Hundreds of pages of investigative files and wiretap transcripts, obtained by the AP, detail how a prominent Italian doctor allegedly helped Mundipharma officials in Italy and other pharmaceutical executives counter government warnings about spiking opioid consumption and the risk of abuse.

— Dr. Guido Fanelli is accused of taking kickbacks from a group he called "The Pain League." Fanelli allegedly wrote studies, organized conferences and coordinated with groups that were acting in the industry's interest. The message trumpeted, the AP found, was that there's an epidemic of chronic pain, opioids are the solution and addiction fears are exaggerated.

— Prosecutors say "The Pain League" included executives from Mundipharma's Italian branch, the Italian arm of German-based Grunenthal and several Italian companies. Spokesmen for Mundipharma and Grunenthal said the corporate offices were unaware of the alleged improprieties and believed payments were for legitimate services. They said their companies have since overhauled compliance and ethics policies and are committed to being transparent about the addictiveness of opioids.

— Fanelli is well-known in Italy. As a chief of the anesthesiology and pain therapy department at Maggiore Hospital in Parma, he often appeared on television to talk about chronic pain. He's also the "father" of a 2010 law that made opioids easier to prescribe. Prosecutors allege he began meeting with pharma executives in 2009, as he was helping to draft the law.

— Fanelli has been suspended without pay and barred from practicing medicine pending resolution of the case. Preliminary hearings began in May.

— In Italy, opioid consumption has increased, though authorities say widespread addiction has not taken root due to strict regulations and a cultural skepticism of the drugs — both of which Fanelli apparently worked to reverse.

— In the U.S., some 2,000 lawsuits have been filed against Purdue Pharma and other companies, alleging aggressive marketing helped jumpstart America's opioid epidemic. The companies deny this; Purdue spokesman Bob Josephson said marketing was in line with government regulations in the U.S. Purdue and Mundipharma are both owned by the Sackler family.

— In the Italy case: "They're using the same playbook that worked in the United States, despite knowing that it led to a public health catastrophe," said Andrew Kolodny, executive director of Physicians for Responsible Opioid Prescribing. A Mundipharma spokesman denied that. The Italian branches of Mundipharma and Grunenthal accepted fines in January. Two Mundipharma managers agreed to plea bargains, though their lawyer says they did not acknowledge guilt.

— The U.S. has backed away from recommending opioids for chronic pain. Nevertheless, companies have continued pushing the drugs in other countries, and consumption is growing. Researchers in Brazil report, for example, that prescription opioid sales have increased 465 percent in six years.

The AP's reporting is funded in part by a grant from the Pulitzer Center on Crisis Reporting.

If you are a doctor, law enforcement officer, pharmaceutical employee or resident living outside of the U.S. and have concerns about opioid availability or addiction in your country, please contact AP National Writer Claire Galofaro at cgalofaro@ap.org or on Twitter at @clairegalofaro 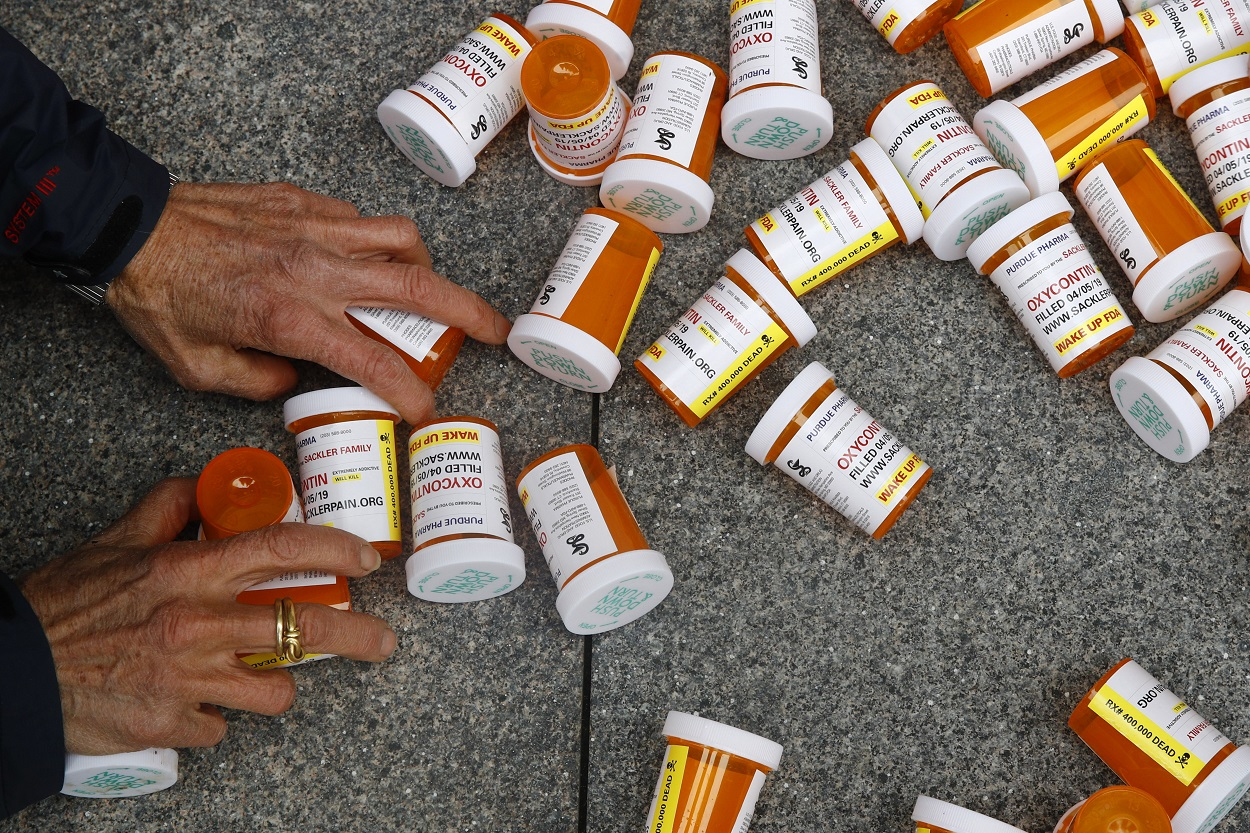 In this Friday, April 5, 2019, file photo, a protester gathers containers that look like OxyContin bottles at an anti-opioid demonstration in front of the U.S. Department of Health and Human Services headquarters in Washington, D.C. Image credit: AP Photo/Patrick Semansky
Latest in Operations