What Food Manufacturers Can Learn From Ford’s Recent Supplier Shutdown

According to BDO’s 2017 Manufacturing Risk Factor Report, U.S. manufacturers see supplier, vendor or distributor disruption as the number one risk facing their businesses today. That said, there are several ways that food manufacturing executives can plan for and mitigate these risks. 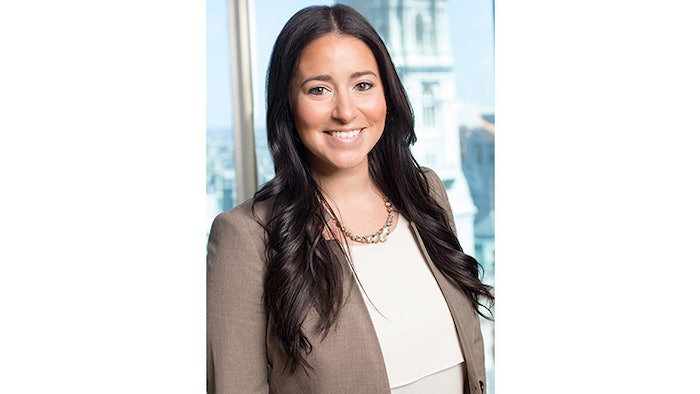 In early May, a catastrophic fire and explosion shut down an auto parts plant in Eaton Rapids, Michigan. At first glance, one might assume the impact of a single auto parts supplier’s closure would be minimal. But, it turns out that this particular plant was the sole producer of three critical parts for Ford Motor Company’s popular F-150 Series pickup trucks.

As a result of the fire, Ford was forced to shut down three production factories and cease all production of its top-selling model. Within a few days, nearly 8,000 workers were temporarily laid off and an estimated 35,000 vehicles were not produced. And, according to analyst estimates, Ford lost approximately $1.6 billion in revenue. In the end, although it was just one supplier, in one location, the Eaton Rapids plant shut down had disastrous effects on Ford and several other top automotive companies.

So, what does this mean for food manufacturers?

According to BDO’s 2017 Manufacturing Risk Factor Report, U.S. manufacturers see supplier, vendor or distributor disruption as the number one risk facing their businesses today. Ford’s supply chain crisis proves the danger of a crucial supplier shutting down. Whether it is an isolated incident like this or widespread destruction stemming from a natural disaster, cyberattack or devastating accident, the impact on a manufacturer can be significant and damaging.

That said, there are several ways that food manufacturing executives can plan for and mitigate these risks. Although not all risks can be prevented or even fully insured against, below are a few steps that you can take to protect your business and minimize supply chain loss:

Analyze your supply chain. A critical first step for food manufacturers is to carefully review their supply chains to identify vulnerabilities. Which suppliers are most likely to suffer disruption, and which will have the greatest impact on the company? Identifying key suppliers in areas prone to weather-related issues such as hurricanes or wildfires is an obvious starting point. These disasters can result in flooding or power loss, creating hazardous conditions for food storage and safe distribution. For food manufacturers with international suppliers, it is also important to take a look at the state of each suppliers’ political and economic climates to identify potential threats to normal business operations. Analyzing first-tier suppliers is common, but it is advised that food manufacturers evaluate second- and third-tier suppliers, too.

Negotiate with sole suppliers. As was made clear in the Ford example, sole suppliers represent the greatest risk to your supply chain and production. With no back-up suppliers, the impact of a crisis can be wide-reaching. But the good news is, in many cases, food manufacturers can negotiate directly with their sole suppliers. One recommendation to consider would be to develop a contractual agreement that requires the supplier to pay a monetary fee to help cover the food manufacturer’s loss if they are unable to fulfill their obligations.

Develop a thorough contingency plan. This emergency preparedness plan draws on the risks identified in your supply chain. The plan should outline the appropriate steps to maintain or quickly resume operations, including a network of approved secondary suppliers and distributors. When negotiated in advance, these contracts can be set at much lower rates than when a company is forced to seek solutions in the midst of an emergency.

Determine how your insurance will respond. Contingent Business Interruption (CBI) insurance helps to alleviate the impact of a disaster affecting food manufacturing suppliers, distributors and receivers (CBI and Contingent Extra Expense, or CEE, can commonly be referred to as Contingent Time Element on Property policies). While standard Business Interruption insurance covers your losses if a disaster directly affects your properties, CBI insurance expands this coverage to include losses resulting from a direct or indirect loss at a supplier’s property. It is important to note that a supplier does not need to be completely shut down for this type of coverage to kick in – this is a common misconception among Insureds. Insurance policies shouldn’t be templated, so it’s important to work closely with your insurance broker to devise a customized policy that will cover your business’ unique risks.

Three weeks after the fire, Ford’s three affected facilities are back up and running and the production of its F-150 Series pickup trucks has resumed. Although the automaker anticipates that the financial impact of the supply chain disruption will only be felt this quarter, it will still require the company to make up profits in the second half of the year to meet end-of-year goals. This unfortunate situation proves the importance of planning for supply chain risks. By analyzing your supply chain, negotiating with sole suppliers, developing a contingency plan and working closely with your insurance broker to ensure you have adequate covered in place, food manufacturers can help to ensure that their reputation and their bottom line are protected.

Tanya Pecorari is a Producer at Graham Company, one of the country’s largest insurance brokers.