While monitoring devices have been around — from pheromone traps and insect light traps to rodent traps and bait stations — we’re improving how we use them. 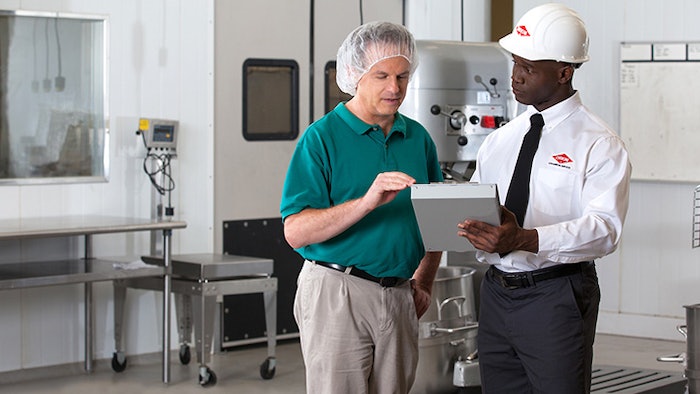 I know what you’re thinking: the pests that we battle in our facilities are the same year after year and there’s nothing new in pest management. And in a way, you’re right.

Every season, we fight the same pests — rodents, cockroaches, flies and stored-product insects. The food industry has been at the forefront of Integrated Pest Management (IPM) for decades now, focusing on preventing pest issues and not just responding once they happen. That includes basic tools to prevent infestations such as good sanitation, exclusion, monitoring, trapping and treatment when necessary. So what’s really new here?

While monitoring devices have been around — from pheromone traps and insect light traps to rodent traps and bait stations — we’re improving how we use them. Documentation and reporting has gotten significantly better, too, which means we can get ahead of infestations — saving food processing facilities time and money.

Instead of just checking devices and cleaning them out, we’re documenting everything that’s going on in each device. Pests are identified and counted. That data is recorded — often electronically — and uploaded into a database to be evaluated. This generates detailed graphs and data tables that point to early trends, small hot spots and targeted treatment strategies.

Here’s a recent example of how this works in food processing facilities: An insect light trap was picking up a lot of small insects in one area of a warehouse. These initially looked like ants, so the technician thought an open door or another opening was allowing them entry from the outside. It turns out they were not ants, but parasitic wasps attacking the larvae of stored product beetles and moths. Because the wasps were found in only one light trap, the technician could focus on a narrow area, looking for raw products delivered over the past few months. By using technology to input all the data and analyze results, the pest issue was found and dealt with before it could spread to other areas of the facility. Continued monitoring verified that wasps were initially reduced and then eliminated.

Game or trail cameras have been around for a long time, but their use in pest management is relatively new. Most models are motion-activated and able to take pictures in light or dark. While they can’t focus on small insects, these cameras are great for tracking mice, rats and other wildlife. The information from the pictures can be used to pinpoint pathways and hidden entrances and exits.

Here’s an example: A roof rat had been sighted by facility employees and a massive number of snap traps and glue boards were set up to catch it. But the rat kept getting the food bait off the traps and glue boards without getting trapped. Game cameras were set up in some suspected areas and over the next few nights, the location was narrowed down and isolated to a single broken skylight. From the inside, you couldn’t tell the skylight had enough of an opening to let the rodent in, but the cameras confirmed it — and it was even coming and going at fairly regular times. So the skylight was fixed, a few traps and bait stations were placed on the roof on the outside, and the rodent issue was resolved. Without the technology of the cameras, it may have taken weeks, if not months, to find and eliminate the problem. But using this technology, the issue was solved in a little over a week.

Electronic monitoring systems for both insects and rodents are just beginning to be commercially available. Systems to electronically monitor rodents are being tested at a few sites with good results. These systems send an alert, text or email when a rodent has entered a device, so a technician can quickly go straight to the device or devices that have alerts. If the rodent has been caught in one of the devices, it is removed. If not, more traps and glue boards can be set out in that specific area. The great thing is that the untriggered traps that have not sent an alert do not have to be checked. Instead of checking traps, the technician can spend more time looking around for exclusion issues (broken door seals), sanitation problems (overflowing trash bins) and other pest issues (cockroaches in the breakroom).

For example: One site that is testing an electronic monitoring system has had no rodent alerts in almost a month. This is unsurprising because the site historically hasn’t had much in the way of rodent issues. The technician took the time they would have spent checking traps and instead removed a bunch of gathering spider webs. The employees at the site were thrilled because they didn’t like hitting the webs when they were in their forklifts. The new technology allows technicians more efficiently use their time to observe and solve problems, instead of checking every single device, every single time. While these systems are new and hold great potential, they do come with a higher price tag.

While integrated pest management in the food processing and storage industries hasn’t changed greatly over the last few decades, we do have a few new tricks up our sleeve.  A good pest management company will try to incorporate new technology with the “tried and true” techniques for a truly great and genuinely integrated program tailored to your site.