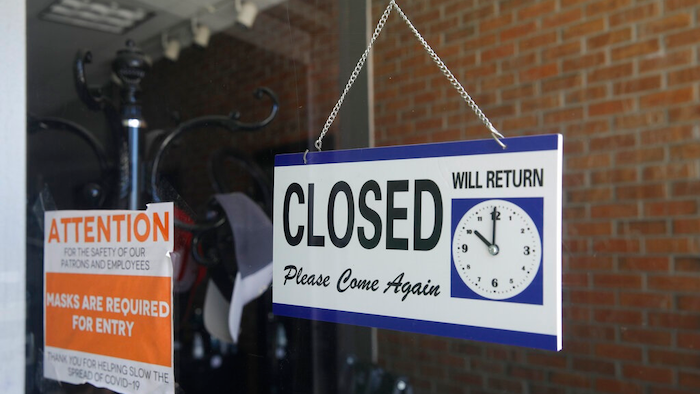 In this July 18, 2020 file photo a closed sign hangs in the window of a barber shop in Burbank, Calif. A critical snapshot of the job market and the economy to be released Friday, Oct. 2, is expected to show a further deceleration in hiring as the nation’s viral caseload creeps higher just as financial aid from the government has faded.
AP Photo/Marcio Jose Sanchez, File

WASHINGTON (AP) — America’s employers added 661,000 jobs in September, the third straight month of slower hiring and evidence from the final jobs report before the presidential election that the economic recovery has weakened.

With September’s hiring gain, the economy has recovered only slightly more than half the 22 million jobs that were wiped out by the viral pandemic. Nearly 10 million jobs remain lost — more than were shed during the entire 2008-2009 Great Recession. And the pattern of slower hiring will delay a full recovery of jobs: Compared with September's more modest gain, employers added nearly 1.5 million jobs in August, 1.8 million in July and 4.8 million in June.

The unemployment rate fell last month to 7.9% from 8.4% in August, the Labor Department said Friday. Since April, the rate has tumbled from 14.7%. But last month's drop in joblessness reflected mainly a drop in the number of people seeking work, rather than a surge in hiring. The government doesn't count people as unemployed if they aren't actively looking for a job.

“There seems to be a worrisome loss of momentum,” said Drew Matus, an economist at MetLife Investment Management. “There's a lot of caution on the part of employers."

The September figures, Matus said, show that employers are working their existing employees for longer hours, particularly in services such as retail, warehousing, and restaurants and hotels, and may be reluctant to hire new people. Indeed, last month’s gains appeared to reflect mainly temporarily laid-off workers being recalled to their old jobs, continuing a trend in place since April, rather than people joining new employers. In a worrisome sign, the number of laid-off workers who say their jobs are gone for good rose from 3.4 million to 3.8 million.

The jobs report coincided with other data that suggests that while the economic picture may be improving, the gains have slowed since summer. The economy is under pressure from a range of threats. They include the expiration of federal aid programs that had fueled rehiring and sustained the economy — from a $600-a-week benefit for the unemployed to $500 billion in forgivable short-term loans to small businesses.

Friday’s numbers offered voters a final look at the most important barometer of the U.S. economy before the Nov. 3 presidential election — an election whose outcome was thrown into deeper uncertainty by the announcement early Friday that President Donald Trump has tested positive for the coronavirus.

Still-high unemployment is a potential political liability for Trump. Yet President Barack Obama was re-elected in 2012 even with unemployment at 7.8% on the eve of the election. And even as the economy has struggled to sustain a recovery, it has remained one of the few bright spots in Trump’s otherwise weak political standing. Roughly half of voters approve of his performance on the economy even though only about three in 10 voters believe the country is moving in the right direction.

But the president’s coronavirus diagnosis threatens to upend any political benefit he might derive from public views of the economy. With just a month to go before Election Day, Trump’s health status and his downplaying of a pandemic he has been accused of mishandling could overshadow almost everything else.

The September jobs report showed that women in their prime working years are quitting their jobs and leaving the workforce at much higher rates than men, a sign that remote schooling may be pushing many women to stay home.

“Women continue to bear the brunt of this recession,” said Julia Pollak, a labor economist at ZipRecruiter. “They are supervising at-home schooling."

This is the first U.S. recession in which services jobs have been hardest hit, instead of goods-producing industries like manufacturing, and women make up a greater share of the workforce in service industries like retail and health.

And while the unemployment rate for Black workers fell sharply last month, it remained much higher than for whites. The African-American rate fell to 12.1% in September from 13% the previous month. For whites, unemployment dropped rom 7.3% to 7%. For Hispanics, the jobless rate fell from 10.5% to 10.3%.

A recent wave of layoffs by large companies has heightened fears that the viral outbreak still poses a serious threat to the economy.

Disney said this week that it’s cutting 28,000 jobs, a consequence of reduced customer traffic and capacity limits at Disney World in Florida and the ongoing closure of Disneyland in California.

Allstate said it will shed 3,800 jobs, or 7.5% of its workforce. Marathon Petroleum, the Ohio refiner, is slashing 2,000 jobs. And tens of thousands of airline workers are losing their jobs this month as federal aid to the airlines expires. The airlines had been barred from cutting jobs as long as they were receiving the government assistance.

The United States is hardly alone in struggling with a weakened job market. Unemployment has risen for a fifth straight month in Europe in August and is expected to grow further amid concern that government support programs won’t be able keep many businesses hit by coronavirus restrictions afloat indefinitely.

Until a vaccine is developed, many economists say hiring and economic growth won’t fully recover. Restaurants, for example, rehired many employees over the summer as outdoor dining picked up. But as temperatures cool, business may fall off again, which could force many restaurants to lay off workers again. One in six restaurants have shut down because of the viral pandemic, the National Restaurant Association says.

Slowing job growth has raised the specter of a prolonged downturn that feeds on itself and becomes harder to fully reverse. Many temporary layoffs are becoming permanent as hotels, restaurants, airlines, retailers, entertainment venues and other employers anticipate a longer slump than they initially expected. There is also growing fear of a resurgence of the virus, which would compound the threat.

The longer that laid-off workers fail to find jobs, the more likely it is that they will have to look for new work with new employers or in different occupations. 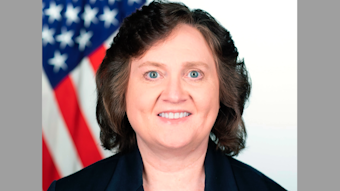 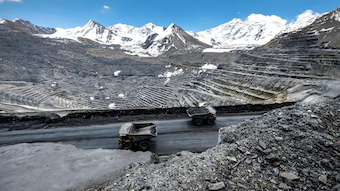 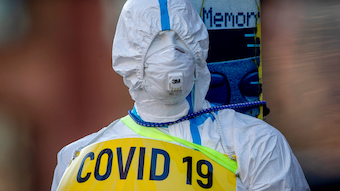 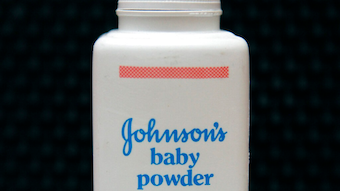 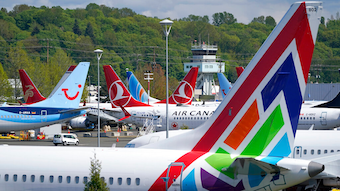 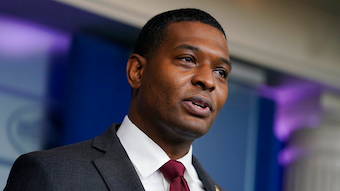