The federal government is the nation’s largest employer with 2.1 million civilian workers. 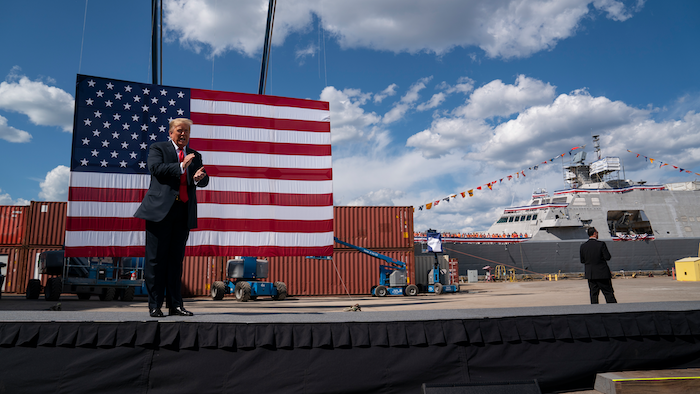 WASHINGTON (AP) — President Donald Trump is preparing to direct the federal government to overhaul its hiring to prioritize a job applicant’s skills over a college degree, administration and industry officials say.

Trump is set to sign an executive order Friday outlining a new direction for the nation’s largest employer during a meeting of the board that advises the administration on worker policy.

Ivanka Trump, the president’s daughter and adviser, is co-chair of the American Workforce Policy Advisory Board and has worked on improving job training to meet employers’ changing needs.

Ivanka Trump predicted the change in federal government hiring would create a more inclusive and talented workforce. She encouraged the private sector to follow the administration’s lead.

“We are modernizing federal hiring to find candidates with the relevant competencies and knowledge, rather than simply recruiting based on degree requirements,” she told The Associated Press in a statement. “We encourage employers everywhere to take a look at their hiring practices and think critically about how initiatives like these can help diversify and strengthen their workforce.”

Commerce Secretary Wilbur Ross, the board’s other co-chair, said the need for skills training and apprenticeships is as great as it was before the coronavirus pandemic forced millions of people out of work, pushing the national unemployment rate above 13% in May.

“Americans are eager to get to work but they need our help,” Ross told AP.

The White House isn’t eliminating degree requirements altogether but instead will stress skills in jobs where having a degree is less important.

Aides say the change will create more opportunities for Americans to work for the federal government by recognizing that some learning happens outside of classrooms.

Ivanka Trump and other administration officials have pushed to increase opportunities for apprenticeships and have promoted such training and vocational education as alternatives to traditional two-year or four-year college degree programs.

The Office of Personnel Management will be responsible for implementing the president’s order.

IBM is among the companies that have moved in this direction. Last year, 15% of its new U.S. hires had nontraditional backgrounds because they were evaluated based on skills instead of looking only at their degrees, Ginni Rometty, the company’s executive chairman, said via the White House.

“We hired from new areas of the country, including under-served communities, and this promoted more diversity in the applications we received,” said Rometty, who is expected to participate in Friday’s meeting.

At the meeting, the workforce advisory board is also expected to announce details of a private-sector ad campaign led by Apple, IBM and the nonprofit Ad Council to promote alternate pathways to education.