Manufacturing activity in New York state expanded at a modest pace in February, held back by weaker orders and hiring. 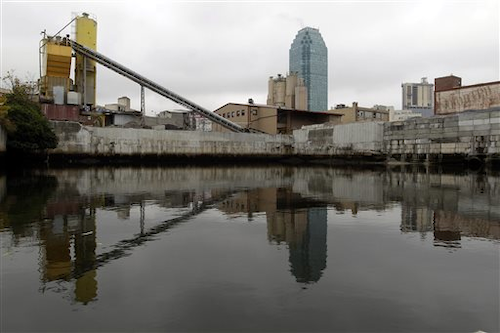 WASHINGTON (AP) — Manufacturing activity in New York state expanded at a modest pace in February, held back by weaker orders and hiring.

The Federal Reserve Bank of New York said Tuesday that its Empire State manufacturing index slipped to 7.8 this month from 10 in January. Any reading above zero indicates expansion. Orders fell to 1.2, suggesting that demand was nearly unchanged.

The survey adds to other recent signs that factory output nationwide may be slowing in the first three months of this year, after solid growth for most of last year. Many manufacturing firms are being held back by sluggish economies overseas.

The New York Fed's survey also found that manufacturers in the state are much less optimistic about the future of the economy than they were just last month. An index measuring factories' outlook over the next six months fell to the lowest level in nearly two years.

A measure of hiring showed that factories in the state still added jobs, but at a slower pace.

There were some bright spots. A gauge of shipments rose. And a measure of manufacturers' plans to invest in machinery and equipment shot up to the highest level in three years.

A separate survey earlier this month by the Institute for Supply Management found that factories nationwide expanded in January at the slowest pace in a year.