A top Volkswagen labor official says a pending decision about union representation for workers at the automaker's lone U.S. plant will have no bearing on whether the company will decide to add the production of another vehicle there.

NASHVILLE, Tenn. (AP) -- A top Volkswagen labor official says a pending decision about union representation for workers at the automaker's lone U.S. plant will have no bearing on whether the company will decide to add the production of another vehicle there.

The world's third-largest automaker, which is mulling whether to make a new SUV in Mexico or Tennessee, shocked Southern union foes by engaging in talks with the United Auto Workers about creating a German-style "works council" at the Chattanooga, Tenn., plant.

Southern politicians say they fear a successful UAW organization of the Volkswagen plant would hurt the region's ability to attract future investment, and that it could lead to the spread of organized labor to other foreign car makers.

But labor leaders like Bernd Osterloh, head of the Volkswagen's global works councils and a member of the company's supervisory board, stress that the Chattanooga plant is alone among major Volkswagen facilities around the world in that it does not have formal worker representation.

Osterloh visited the plant Thursday and later met with Gov. Bill Haslam and fellow Republican U.S. Sen. Bob Corker in Nashville. In his only U.S. interview, Osterloh told The Associated Press that while the company's dedication to "co-determination" supports the creation of works councils at all its plants, market forces will decide whether the Chattanooga plant is expanded.

"Those two things have nothing to do with each other," Osterloh said during the interview, which was conducted in German. "The decision about a vehicle will always be made along economic and employment policy lines. It has absolutely nothing to do with the whole topic about whether there is a union there or not."

Labor representatives, who make up half of the Wolfsburg, Germany-based automaker's supervisory board, have pressured VW management to enter discussions about union representation at the Chattanooga plant because U.S. law would require a works council to be created through an established union.

In Germany, wages are bargained through the union, while works councils negotiate plant-specific matters such as job security and working conditions for both blue and white collar employees.

"It's important to note that the issue for us is works councils, not unions," Osterloh said. "And your law says if I want to transfer authority to a works council, I need to work with a union."

The UAW has said it has collected signatures from a majority of workers at the plant, meaning Volkswagen could recognize the union without a formal vote. Opponents of the UAW, including Haslam and Corker, have called for a secret ballot.

Osterloh said he takes no position on whether the company should automatically recognize the union, and that it's up to management to decide whether to require a vote.

"Volkswagen is led by its board, and not by politicians," he said. "The board will certainly make the right decision."

Haslam spokesman Dave Smith said the governor had a "frank and fair" conversation with the VW officials.

"They have a tradition of works councils in their facilities, and the governor shared his concern about the impact of UAW on the state's ability to recruit other companies to Tennessee," Smith said in an email.

Corker, a former Chattanooga mayor, has been among the most vocal critics of unionization efforts at the plant. He has urged Volkswagen to abandon talks with the UAW, suggesting the company would become a "laughingstock" if it welcomed the union into the plant.

Osterloh shrugged off Corker's comments, and stressed that it's up to the workers at the plant to decide whether to be organized and by whom.

Corker's chief of staff, Todd Womack, in an email called the meeting with the VW delegation a "long, in-depth and candid discussion."

Osterloh said VW's decision to build the plant in Tennessee wasn't an effort to break with the company's tradition of close cooperation between workers and management.

"Volkswagen considers its corporate culture of works councils a competitive advantage," he said.

Kimberly-Clark To Spin Off Healthcare Business

Sony's Smartwatch 2 Good, But Not Essential 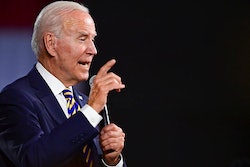 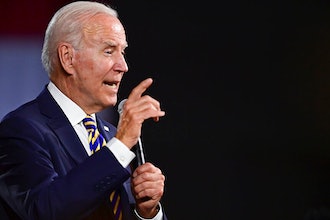 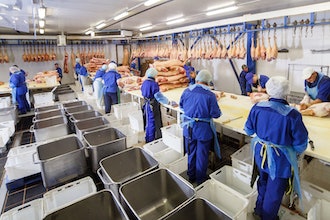