U.S. companies added a healthy 235,000 jobs last month, led by solid gains in construction, hotels and restaurants, and education and health care, according to a private survey. 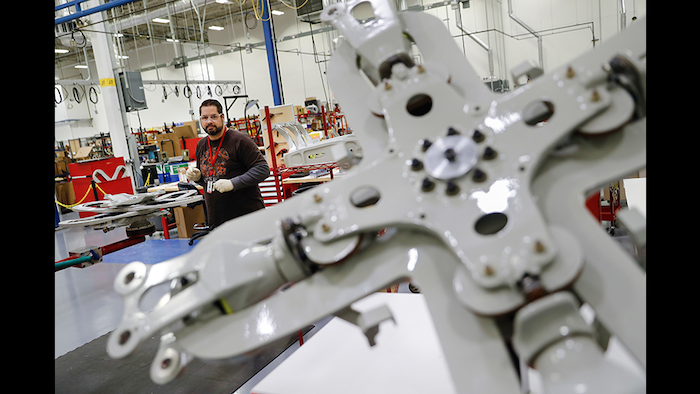 WASHINGTON — U.S. companies added a healthy 235,000 jobs last month, led by solid gains in construction, hotels and restaurants, and education and health care, according to a private survey.

The report Wednesday on February hiring from payroll provider ADP comes after businesses added 244,000 people in January and 249,000 in December. Those gains should be enough to reduce the unemployment rate, currently a low 4.1 percent, over time.

With unemployment already so low, strong hiring should force employers to offer much higher pay to find the workers they need.

Target, one of the world's biggest retailers, raised its minimum starting pay for workers for the second time in less than a year this week after seeing a bigger and better pool of candidates.

If pay hikes continue to broaden, companies may have to raise prices to cover at least some of the cost of higher wages, which would lift inflation. That, in turn, could push the Federal Reserve to increase interest rates more quickly, which over time could slow growth.

ADP compiles hiring data from millions of companies that are clients of its payroll services. Its report and government figures frequently diverge from month to month. Last month, the government said 200,000 jobs were added, below ADP's initial estimate of 234,000. That figure has since been revised higher.

A FactSet survey shows that economists believe the U.S. jobs report for February, to be released Friday, will likely show a gain of 200,000 jobs. They also project the unemployment rate will tick down to 4 percent.

Growth should accelerate in the coming months, Zandi said, boosted by the tax cuts and recent increases in government spending enacted by Congress. The unemployment rate could fall to below 3.5 percent by the middle of next year, Zandi projects.

The Trump administration's tariffs on steel and aluminum imports will likely cost the United States 50,000 to 60,000 jobs, Zandi said, as companies that use the metals as input to other products will have to cut back.

Yet those losses aren't enough to knock the U.S. economy off course, he said.