Apple will invest $1 billion to help create more U.S. manufacturing jobs and to counter recurring criticism about its reliance on overseas factories to assemble most of its iPhones and other devices. 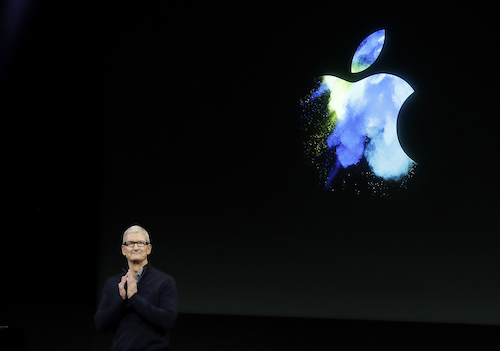 SAN FRANCISCO — Apple will invest $1 billion to help create more U.S. manufacturing jobs and to counter recurring criticism about its reliance on overseas factories to assemble most of its iPhones and other devices.

Apple CEO Tim Cook announced the fund during a Wednesday interview on CNBC's "Mad Money." Cook didn't provide additional details, such as how the company will direct that money.

He did say the fund will make its first investment by the end of this month. Apple's contribution amounts to a tiny fraction of its $257 billion in cash.

Although Apple designs its products in the U.S., most of them are built in factories run by contractors in China and other countries. That practice has been a sore point for President Donald Trump and some members of U.S. Congress.