Republican Ted Cruz continues his presidential campaign push across Indiana ahead of next week's primary while several top state Democrats are expected at a labor union protest. 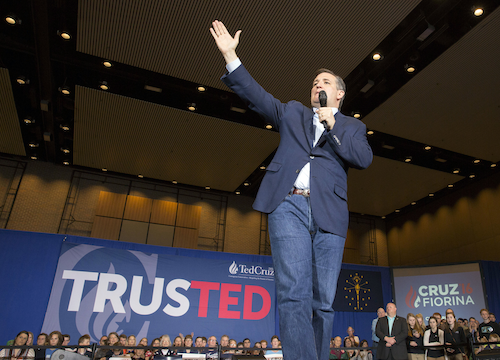 INDIANAPOLIS (AP) — Republican Ted Cruz continues his presidential campaign push across Indiana ahead of next week's primary while several top state Democrats are expected at a labor union protest.

The protest Friday will be of Carrier Corp.'s decision to close a 1,400-worker Indianapolis factory and shift production to Mexico.