Blue Apron is cutting about 320 jobs, less than four months after the meal-kit seller became a public company. 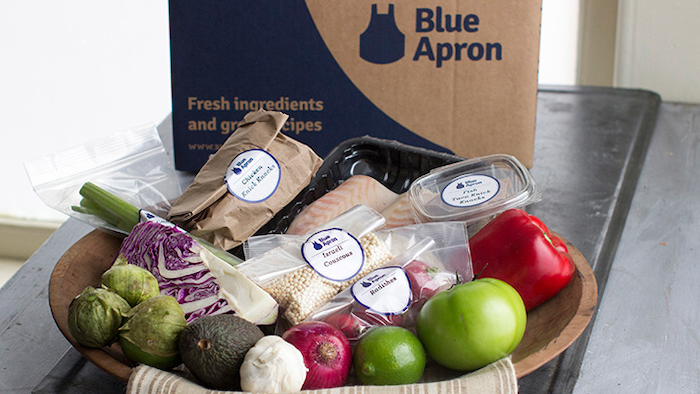 FILE - This Oct. 6, 2014, file photo shows an example of a home delivered meal from Blue Apron, in Concord, N.H. On Wednesday, June 28, 2017, Blue Apron, the meal-kit delivery company, slashed the price it expects to sell its shares by as much as 40 percent, a sign that the company may be having trouble attracting investors. (AP Photo/Matthew Mead, File)

New York-based Blue Apron, which had nearly 5,400 employees in June, said Wednesday the layoffs represent about 6 percent of its workforce. The company says the cuts were at its corporate offices and warehouses where its meal kits are packed and shipped.

Blue Apron has been facing increasing competition. Amazon, which recently bought grocer Whole Foods, is testing its own meal kits. And supermarket operator Albertsons recently bought rival Plated and plans to sell kits at its 2,300 stores.

Shares of Blue Apron Holdings Inc. have lost nearly half their value since they began trading on the stock market at the end of June.