The Top 5 Benefits Of A Modernized Apprenticeship Program

Modernizing manufacturing apprenticeships can change the perception of not only the industry, but also that of white/blue collar jobs. 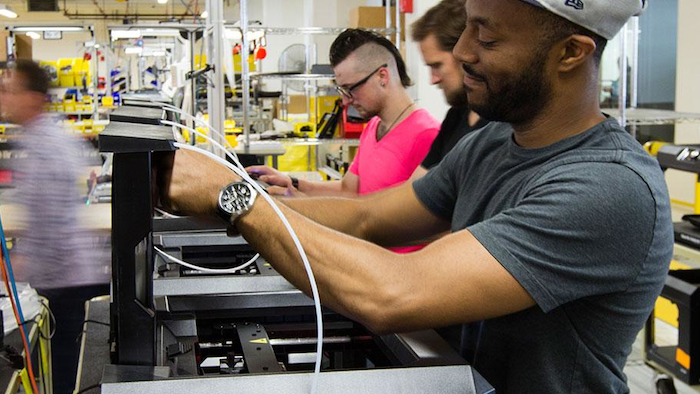 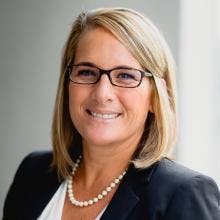 Apprenticeships began in America when craft workers coming to the New World from England and other European countries brought with them the practice of indenture. And although the age-old system is still known to be effective, albeit of a less servitude nature than the days of the master and his indentured — it begs modernization.

The need for modernization of the apprenticeship system is heightened by American industry’s need to address a national talent gap crisis that threatens the country’s competitive edge. And, it is an epidemic that is felt significantly by the manufacturing industry.

According to The Skills Gap in US Manufacturing: 2015 and beyond, a study conducted by Deloitte and The Manufacturing Institute, the U.S. manufacturing industry is estimated to experience a shortage of two million workers over the 2015–2025 period. Major contributing factors include: the access to skilled-labor, the ability to find the knowledge workers required for advanced manufacturing, and the general public’s attraction to the industry as a career choice — for both themselves, and their children.

For countries that have embraced apprenticeship modernization, apprenticeship programs have managed to spur career interest in the next generation workforce, sustain knowledge of existing employees, and revitalize the path for ongoing economic value.

Is it possible for our country to catch up to our European counterparts, especially when there remain so many perception roadblocks? Deloitte and The Manufacturing Industry conducted study that explored the U.S. public’s perception of the industry: 2017 US Perception of the Manufacturing Industry. The study concluded that, while 8 out of 10 Americans still view manufacturing as “vital to maintaining the economic prosperity of the country”, it also revealed that Americans do not consider the manufacturing industry as a solid career choice. In fact, less than 3 in 10 Americans surveyed said that they would encourage their children to consider a career in manufacturing — despite the fact that most Americans are optimistic about the trend toward high tech innovations within advanced manufacturing.

Once regarded as a stable choice for decent and dependable wages — and a sound option for those without a college degree — the increase in global competition has made witness to cost reductions resulting in plant closures and job loss. And many still feel the bruise of the impact across America.

Yet despite the losses, economic expansion is still imminent. What will that mean to the remaining, existing workforce — many of whom are working long hours, already? Given the cyclical nature of supply and demand, many manufacturers avoid surplus hiring, so as to avoid the sunk costs of staff overhead. When demand is high, manufacturing employment is known for its long hours of overtime — which is not necessarily a recipe for work/life balance. As a result, many existing workers are entertaining the idea of a career move, and are looking for a means to acquire alternative education in support of that move.

As interest in manufacturing continues to lag among young people, existing workers face burn out, and baby boomers retire — the skills gap just keeps widening, at a time when we need it to narrow.

Born between 1996 and 2010, Gen Zs are passionate about feeling a sense of purpose, are the most digitally savvy of all generations, and are sensitive to community and environment. What better purpose than to be part of revitalizing America’s manufacturing industry, work with cutting edge technologies, and contribute to social impact initiatives afforded by advanced manufacturing?

Apprenticeship programs in the UK, Germany, and Switzerland have been critical game changers for major manufacturers. Their programs not only develop a highly skilled blue-collar workforce, but they also create pathways for blue-collar workers to advance to white-collar levels in their profession — without the need to incur gobs of college debt. In some cases, naturally technically adept candidates can be identified and fast-tracked into a white-collar role, immediately. That is sure to attract the “have it now” generation of employees, and to uncover hidden talent within both the existing and future workforce.

Deploying an apprenticeship program may sound like a herculean task, but for manufacturers, much of the program components are already in place. Some of what is required is a re-configuration of training and education programs to fit the new model, a willingness to revisit recruitment methodologies, and a receptiveness to restructure existing budgets.

What is old is new, again. Modernizing manufacturing apprenticeships can change the perception of not only the industry, but also that of white/blue collar jobs. It can break current, outdated tradition with education and advancement, re-instill a loyal, passionate workforce equipped to meet new demands, and achieve a higher return on recruitment, training, and retention in new and exciting ways.

The union described the new proposal as the company’s “last, best and final offer.”
Nov 15th, 2021
Follow Us
Most Recent