A union is asking labor regulators to go to court to force Wal-Mart to rehire all 2,200 employees affected by the abrupt temporary closing of five stores a week ago. 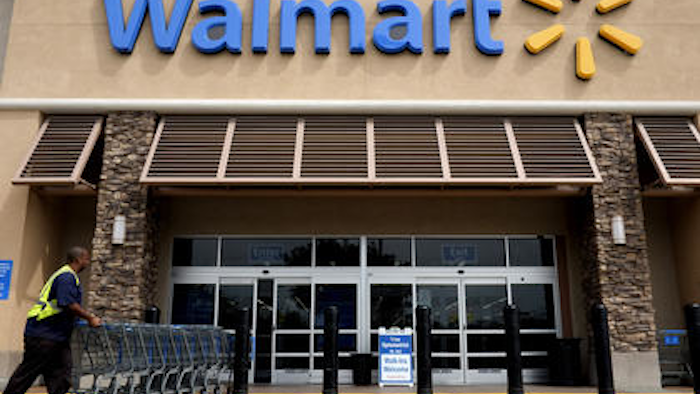 A union is asking labor regulators to go to court to force Wal-Mart to rehire all 2,200 employees affected by the abrupt temporary closing of five stores a week ago.

The United Food and Commercial Workers International Union filed the charge on behalf of OUR Walmart with the National Labor Relations Board on Monday, arguing the closings were retaliation for labor activism. Wal-Mart says it closed the stores to fix plumbing issues.

One affected store, in Pico Rivera, California, has been a hotbed for worker protests against Wal-Mart. It was the first store to wage such protests, in October 2012. The other stores are in Midland and Livingston, Texas; Tulsa, Oklahoma; and Brandon, Florida.

"This is a new low, even for Wal-Mart," Venanzi Luna, an eight-year Wal-Mart worker and member of OUR Walmart, said in a statement. "Through OUR Wal-Mart, we're going to keep fighting back until the company gives us our jobs back."

Wal-Mart said in a statement that it does not believe there is any basis for an injunction. "As we have said all along, these stores were closed temporarily so we could fix the ongoing plumbing issues and it would be unfortunate if this outside group attempts to slow this process down for our associates and customers," the company said.

Wal-Mart spokesman Lorenzo Lopez told The Associated Press that the stores would remain shuttered for up to six months. The company has said that the workers would be put on paid leave for two months and it would look to transfer some to nearby stores.

He did acknowledge that it was atypical for Wal-Mart to temporarily close stores for plumbing issues but said the company wanted to improve the customer experience.

"We understand this decision has been difficult on our associates and our customers and we aim to reopen these stores as soon as these issues are resolved and improvements are made," Wal-Mart said in a statement.

Lopez noted that the stores have had between 100 and 140 service calls for plumbing issues, the highest incidence of plumbing issues in its 4,500 stores. He declined to elaborate on specific problems but said they involved water leakage and that equipment needed to be cleaned out.

He also said the retailer would look to make other updates to the stores. Lopez said the company has not filed any local construction permits because it still is assessing what needs to be done.

The worker group wants the labor board to seek a court injunction, which can be quicker than typical NLRB proceedings, the group said.

Wal-Mart has gotten itself in trouble for similar actions. In June 2014, the Canadian Supreme Court ruled that Wal-Mart had violated labor laws when it closed a store in Quebec. The employees in that location had voted to join a union. That made it the first unionized store in North America just before the store was closed.