This issue of American job development is certainly not a black and white one, but with all of the domestic resources being allocated towards its improvement, you can be sure there are some elements of red, white, and blue. Check out this year’s Jobs Report to see some of the jobs programs available and how they might factor in to your workforce needs, skill gaps, or hiring practices. 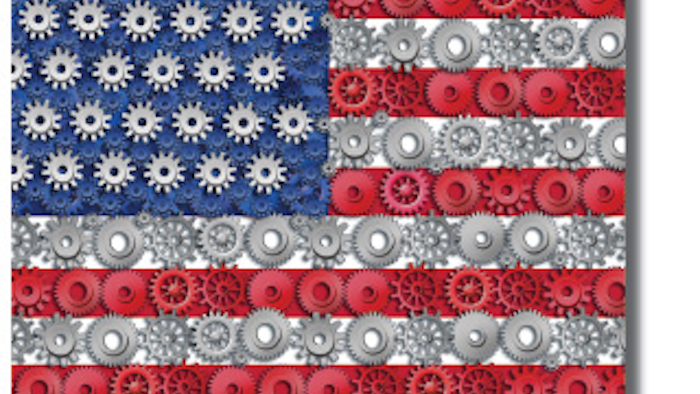 I got my first job in the mid-90s, and I’ll admit – it was pretty easy. I was 15 years old and I interviewed at a local, family-owned retail shop. They hired me that day, and I joined the ranks of the minimum wage earners. That year, and every year following until 2009, unemployment rates were at or below six percent. It wasn’t until this recent financial crisis that I had visibility into a domestic environment where many Americans were ready and willing to work, but couldn’t find a job. I always thought about how crushing this must be; how hopeless. I also heard plenty of reminders of how lucky I was to have steady employment working as a writer – the field directly related to my liberal arts degree. I was lucky and still am. As publishing houses crumbled around us, newspapers shut their doors, and writers faced buyouts and layoffs, I wondered more than once if I should worry about the security of the field I’d chosen.

I’d like to think the company I work for was a recession survivor because we take an approach to our market that is unique and innovative. We run lean and make decisions at the ground level and try to be nimble and embark on projects that have been vetted by the people who truly understand the audience – not just by some higher-up who looks only at the facts and figures.

But I do understand that just because the internal processes are streamlined and the ideas are well crafted, doesn’t mean a business is immune to external pressures. Sometimes it means getting creative and going outside the four walls of your company in search of resources and guidance.

In this issue we discuss jobs, and I hope you’re not tired of hearing about the crisis as it relates to American manufacturing. In our defense: the reason we keep bringing it up is because it’s complex, it’s important, and we can do something about it.

One of the more interesting stories I had the opportunity to write this issue centers around the job crisis facing U.S. military veterans, and how manufacturers could utilize this (almost) ready and able workforce to their advantage. The Get Skills to Work (GSTW) program, a coalition between the likes of GE, Boeing, and The Manufacturing Institute, strives to knock down the walls between these vets and their employability in manufacturing. Through skill development training at Cincinnati State Technical and Community College, GSTW saw its first group’s completion in March of 2013 – but they’re just getting started. According to Kris Urbauer, Program Manager of Veteran’s Initiatives for GE, “Our goal is to train and match 100,000 veterans by 2015, and we are confident that GSTW will help close the skills gap that stands between veterans and jobs in advanced manufacturing.” That’s a pretty cool project if you ask me — and there’s more where that came from.

While you look through this year’s Jobs Report, we ask you to assess some of the programs available and how they might factor in to your workforce needs, skill gaps, or hiring practices. This section (starting on page 14) also profiles a notably global company (Toshiba) who recently brought jobs producing HEV motors from Japan to Houston, TX. You might also look for the latest economic numbers, more on veterans, and a pool of resources like NAJI – a non-partisan organization designed to increase awareness around intellectual property theft.

This issue of American job development is certainly not a black and white one, but with all of the domestic resources being allocated towards its improvement, you can be sure there are some elements of red, white, and blue.