The States Getting High on Marijuana Jobs

This chart shows the number of new jobs added in the U.S. cannabis industry by state in 2018. 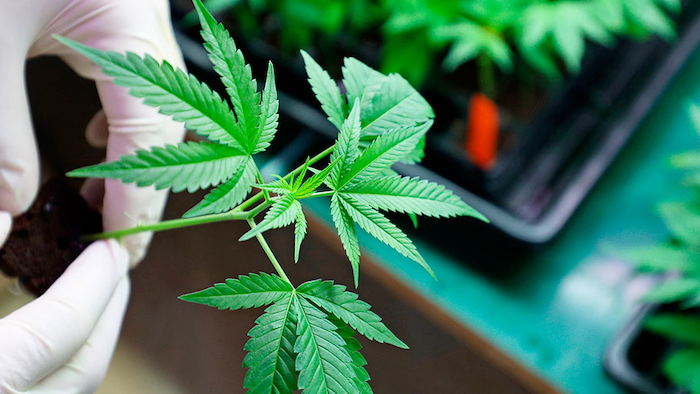 With marijuana legal for recreational use in 10 U.S. states and given the green light for medicinal use in another 34, jobs have experienced a noticeable boost. The Bureau of Labor Statistics refuses to count or report on job gains in the marijuana industry because it remains illegal at federal level. A new report from cannabis website Leafly states that an estimated 211,000 people are now employed in the industry full time while close to 100,000 other jobs indirectly depend on it. Putting that into perspective, the U.S. has 69,000 brewing workers while 52,000 have coal mining jobs. The sector is continuing to add jobs steadily and Leafly describes the trend as "America's hidden job boom".

The research states that the U.S. added 64,389 full time jobs in the marijuana sector in 2018, a 44 percent increase on the previous year, making it the fastest growing job sector in the U.S. at the moment. The industry is now worth more than $10 billion annually and the following infographic provides an overview of the states with the highest rates of job growth.

Florida added the most jobs in 2018 with 9,068 and Pennsylvania had the largest percentage increase at 4,208 percent. Pennsylvania had a mere 90 workers employed in marijuana at the beginning of 2018 and by January of last year, that had increased to 3,878. Even though California has been a trailblazer for the industry in recent years, it suffered upheavals in 2018 as it transitioned from an unregulated medical market to a regulated one whihc caused its total legal market size to dup. It is expected to rebound this year, however, and add another 9,500 jobs. Across the nation, jobs in marijuana are projected to grow 110 percent from 2017 to 2020.