The Canadian subsidiary of General Motors was unable to stop an auto workers union from airing a critical TV commercial during the Super Bowl. 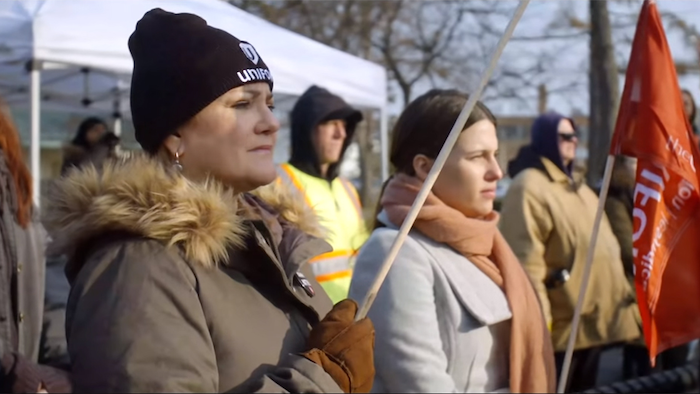 The Canadian subsidiary of General Motors was unable to stop an auto workers union from airing a critical TV commercial during the Super Bowl.

GM announced plans in November to close its car factory in Oshawa, Ontario, near Toronto, costing the jobs of about 2,600 blue-collar workers.

The commercial accuses GM of continuing to expand in Mexico while leaving Canadians "out in the cold" and makes claims about the costs of a 2009 auto bailout.

GM of Canada sent a cease-and-desist letter to the Unifor union giving it a Saturday deadline to stop using the ad, but the demand wasn't heeded. GM says in a statement that the ad is misleading and inaccurate.