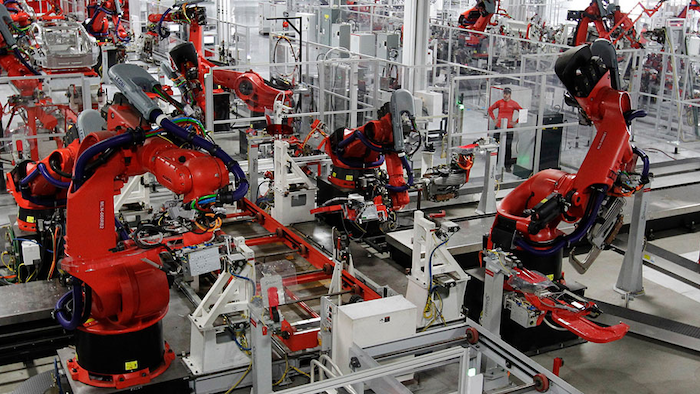 Automation is one of the developments that has many employees in manufacturing worried. Some experts cite large negative effects of robots on employment and wages. However, robot penetration in the United States is uneven. With nine robots per a thousand workers Toledo in Ohio has the highest density of robots, according to research published by Brookings. If you look at the absolute figures, then the Detroit-Warren- Dearborn area, one of the biggest manufacturing hubs, has the most robots. All five metro areas depicted have had big growth rates, more than 20 percent since 2010.