Fat Chance: The Declining Health Of The World's Employees

Remember this the next time you take a drag on that stogie: you may be partly responsible for sucking three percent a year out of the world’s gross domestic product.

Remember this the next time you take a drag on that stogie: you may be partly responsible for sucking three percent a year out of the world’s gross domestic product.

PricewaterhouseCoopers, along with the World Economic Forum, unveiled a report Monday essentially chronicling just how fat and less productive workers around the globe have become.

PwC says that, as work becomes more sedentary, workers are becoming fatter, sicker, and less productive because of chromic conditions like heart disease and diabetes. In fact, the report says there are now more people in the world who are overweight than hungry. (It probably comes as no shock that the U.S. is the fattest nation in the world, but it may come as a surprise that China and India are growing fatter at a faster pace.)

While pointing out that governments are typically charged with managing major global health risks, the report calls on CEOs around the world to make wellness an integral part of their business strategy.

“There are quantifiable benefits from using wellness programs to attract and retain talented and healthy employees,” said Simon Leary, a partner at PwC LLP, the UK arm of PwC. “You can improve the health and well-being of your workers while also bolstering your bottom line. The economic case for prevention is overwhelming.”

Indeed, the company says two percent of capital spent on the workforce is lost to disability, absenteeism and presenteeism (diminished productivity from sick employees who go to work but work below par) due to chronic disease. Combined, PwC says, these indirect costs are more than the additional direct medical claim costs that some employers incur. Meanwhile, it says corporate wellness programs have been shown to provide a 3-to-1 return on investment.

As part of its research PwC surveyed multi-national employers representing more than three million workers worldwide and found a growing emphasis on health prevention in the workplace. Among the findings:

PwC founds that of the 20 largest multi-national companies in the world, 15 published corporate responsibility reports online last year, and of those, 93 percent emphasized their commitment to improving the health of employees.

To comment on this story email us at comments@manufacturing.net
Read Next 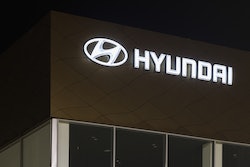 Supplier to Hire 630 Near Hyundai's EV Plant in Georgia

The error occurred for more than two years.
November 22, 2022

The country's biggest industrial union struck a deal that will see millions of workers get raises totaling 8.5% over two years as well as one-time payments meant to cushion the effect of sky-high inflation.
November 18, 2022

The lawsuit seeks to represent hundreds of thousands of workers at 140 plants.
November 17, 2022

Three unions have voted down the agreements so far.
November 15, 2022