When choosing materials to make something, trade-offs need to be made between a host of properties, such as thickness, stiffness and weight. 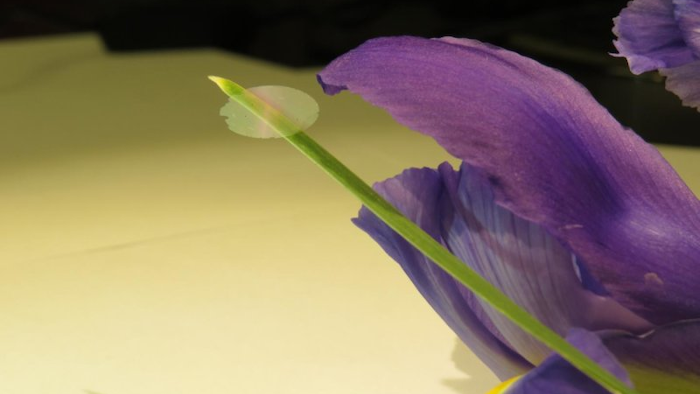 Nanocardboard is made out of an aluminum oxide film with a thickness of tens of nanometers, forming a hollow plate with a height of tens of microns. Image credit: Credit: University of Pennsylvania

When choosing materials to make something, trade-offs need to be made between a host of properties, such as thickness, stiffness and weight. Depending on the application in question, finding just the right balance is the difference between success and failure

Now, a team of Penn Engineers has demonstrated a new material they call "nanocardboard," an ultrathin equivalent of corrugated paper cardboard. A square centimeter of nanocardboard weighs less than a thousandth of a gram and can spring back into shape after being bent in half.

Nanocardboard is made out of an aluminum oxide film with a thickness of tens of nanometers, forming a hollow plate with a height of tens of microns. Its sandwich structure, similar to that of corrugated cardboard, makes it more than ten thousand times as stiff as a solid plate of the same mass.

Nanocardboard's stiffness-to-weight ratio makes it ideal for aerospace and microrobotic applications, where every gram counts. In addition to unprecedented mechanical properties, nanocardboard is a supreme thermal insulator, as it mostly consists of empty space.

Future work will explore an intriguing phenomenon that results from a combination of properties: shining a light on a piece of nanocardboard allows it to levitate. Heat from the light creates a difference in temperatures between the two sides of the plate, which pushes a current of air molecules out through the bottom.

They published their results in the journal Nature Communications.

"Corrugated cardboard is generally the sandwich structure people are most familiar with," Bargatin says. "It's ubiquitous in shipping because it's both lightweight and stiff. But these structures are everywhere; the door to your house is probably a sandwich structure, with solid veneers on either side and a lighter core, such as honeycomb lattice, on the interior."

Sandwich structures are attractive because they reduce the overall weight of a material without sacrificing much in the way of its overall strength. They can't be entirely hollow, however, as that would cause them to be floppy and prone to shear, when forces move the two solid faces in opposite directions.

"Even if you make something out of a solid block of the same material, the central portion of the cross-section would not be carrying much of the bending stress," Purohit says. "Shear stresses are, however, maximum at the center of the cross-section, so as long as you put something in the center that is particularly good at resisting shear stresses, like a honeycomb, you're making a good and efficient use of the material."

Sandwich composites like the corrugated paper cardboard are known to provide the best possible combination of low weight and high stiffness.

"Not surprisingly," Nicaise says, "evolution has also produced natural sandwich structures in some plant leaves and animal bones, as well as in the microscopic algae called diatoms."

The difficulty of scaling this concept down to the nano realm has to do with the way that the sandwich layers are connected to its interior.

"At the macroscale," Bargatin says, "you can just glue the face sheets and the lattice together, but at the nanoscale, the structures we work with are thousands of times thinner than any layer of glue you can find."

To be made at all, nanocardboard would need to be monolithic? -- ?composed out of a single contiguous piece of material? -- ?but how to give such a material the necessary sandwich layers was yet unknown.

The team's solution came from a serendipitous connection at the Singh Center for Nanotechnology, which provides research resources for Penn faculty, but also characterization and manufacturing services for outside clients. The Singh Center's Gerald Lopez and Meredith Metzler were helping a nearby research institution with a problem they were having with blood filters designed to capture circulating tumor cells and macrophages for their study.

"Because the blood filters were so flimsy, they would often tear during the filtering process. However, if they were successful, the filters would still warp and bend under the microscope, meaning the researchers had a hard time keeping them in focus," Lopez says.

"Our solution was to pattern our filters using a thin sheet of silicon over glass," Metzler says. "By making the pores nine microns in diameter and a hundred microns deep, about the thickness of a human hair, we ultimately came up with something much stiffer and better than what the researchers were buying for $300 each."

"So, when we came to Meredith and Gerald," Bargatin says, "and asked them about making our structures, they said they were working on something similar and that they thought they knew how to do it."

The process involves making a solid silicon template with channels running through it. Aluminum oxide can then be chemically deposited in a nanometer-thick layer over the silicon. After the template is encased, the nanocardboard can be cut to size. Once the sides are exposed, the silicon on the inside can be etched away, leaving a hollow shell of aluminum oxide with a network of tubes connecting the top and bottom faces.

The team's first design featured distantly spaced circular channels going through the sheets, much like the blood filter. But despite simulations predicting that it would provide the optimal stiffness, these first designs failed.

"The problem was that wrinkles would randomly form along the lines between those channels," Bargatin says. "Whenever we tried to measure their properties, we'd get unrepeatable results."

"If a wrinkle wanted to form," Bargatin says, "it would need to meander around these channels, and they don't like to do that because it takes a lot of energy."

The basket-weave pattern not only explains its resilience to wrinkles but is also key to nanocardboard's toughness under extreme bending.

"If you apply enough force, you can bend corrugated cardboard sharply, but it will snap; you'll create a crease where it becomes permanently weakened," Bargatin says. "That's the surprising thing about our nanocardboard; when you bend it, it recovers as if nothing happened. That has no precedent at the macroscale."

The unique mechanical and thermal properties are critical for nanocardboard's potential uses from microrobotic flyers to thermal insulators in microfabricated energy converters, as the material would need recover its shape regardless of what deformations or temperatures it goes through.

Going forward, the researchers will explore these and other applications, including ones inspired by nanocardboard's ability to levitate.

"Another appeal of this research," Nicaise says, "is that it shows us how we can engineer microstructures with properties that stem from their shape and not what they're made of." 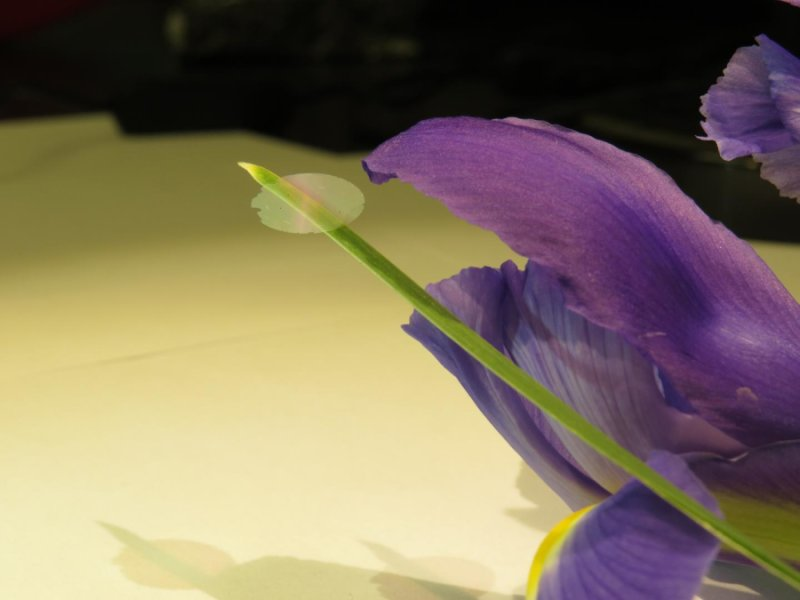 Nanocardboard is made out of an aluminum oxide film with a thickness of tens of nanometers, forming a hollow plate with a height of tens of microns. Image credit: Credit: University of Pennsylvania
Latest in Industry 4.0