A U.S. security company whose tear gas has been used against Egyptian demonstrators has become the latest victim of the Anonymous movement, hackers claimed Tuesday. 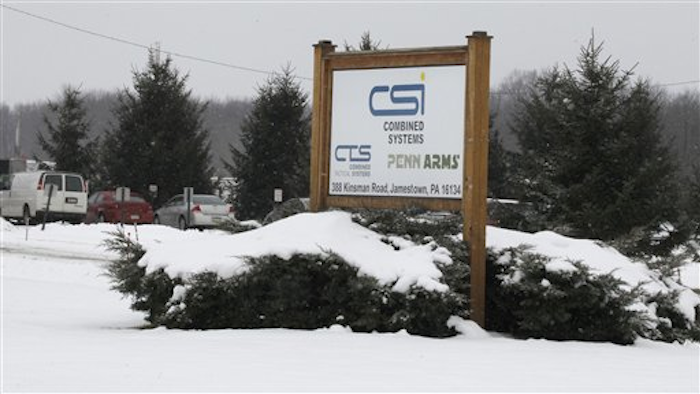 LONDON (AP) — A U.S. security company whose tear gas has been used against Egyptian demonstrators has become the latest victim of the Anonymous movement, hackers claimed Tuesday.

In a statement posted to the Internet, hackers claimed to have broken into Combined Systems Inc.'s website and stolen personal information belonging to clients and employees of the Jamestown, Pennsylvania-based firm. They accused the company of being run by war profiteers who sell "mad chemical weapons to militaries and cop shops around the world."

The hackers' claims could not immediately be verified, although the company's website was down Tuesday.

Messages left for Combined Systems executives Donald Smith and Jacob Kravel went unreturned. A customer service representative said senior employees were unavailable for comment because they were in a meeting.

Anonymous has claimed a series of Web attacks worldwide and has increasingly focused on security companies, law enforcement and governmental organizations. The group has often worked in tandem with the Occupy protest movement in the U.S. and has expressed solidarity with the pro-democracy activists across the Arab world.

Anonymous said it had targeted Combined Systems because it was supplying weaponry used "to repress our revolutionary movements."

It published a series of what it claimed were intercepted emails, one of which appeared to be a warning that Combined Systems' site had been sabotaged, but the messages' authenticity could also not be confirmed.

Combined Systems says it sells a variety of crowd control devices — including aerosol grenades, sprays and handcuffs — to law enforcement and military organizations across the world. Journalists and activists have reported finding the company's tear gas canisters at Egypt's Tahrir Square, where authorities have repeatedly cracked down on demonstrators with deadly force.

Amnesty has asked the U.S. government to stop the shipments, which it said should be suspended "until there is certainty that tear gas and other munitions, weaponry or other equipment aren't linked to bloodshed on Egyptian streets."

Anonymous indicated that its attack had been timed to coincide the one-year anniversary of the uprising in Bahrain, the Gulf country hardest hit by upheaval during the so-called "Arab Spring" protests that began last year.

The main Bahrain government website was down for about an hour early Tuesday, but later appeared to be functioning normally. It wasn't clear whether the problem stemmed from any kind of cyberattack.