Government experts, advocacy groups and academics from scores of countries are kicking off a weeklong conference focusing on lethal autonomous weapons systems — colloquially known as "killer robots" — amid rising concerns that human decision-making could be stripped from military action. 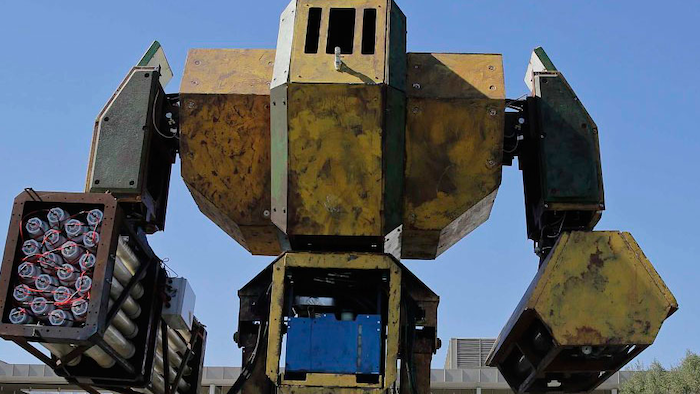 GENEVA (AP) — Government experts, advocacy groups and academics from scores of countries are kicking off a weeklong conference focusing on lethal autonomous weapons systems — colloquially known as "killer robots" — amid rising concerns that human decision-making could be stripped from military action.

The Geneva meeting is the first by the group created last year under a treaty covering certain non-nuclear weapons, and aims to explore the technological, military, ethical and legal aspects of autonomous weapons systems.

Bantan Nugroho of the treaty implementation unit says the meeting mainly aims to propel a discussion and set definitions for future weapons that are worrying some critics.

Nugroho said Monday: "This is about machines that can target and kill humans without any human intervention."

He added: "Theoretically, these weapons don't exist yet."