An underwater robot has captured images and other data inside Japan's crippled Fukushima nuclear plant on its first day of work. 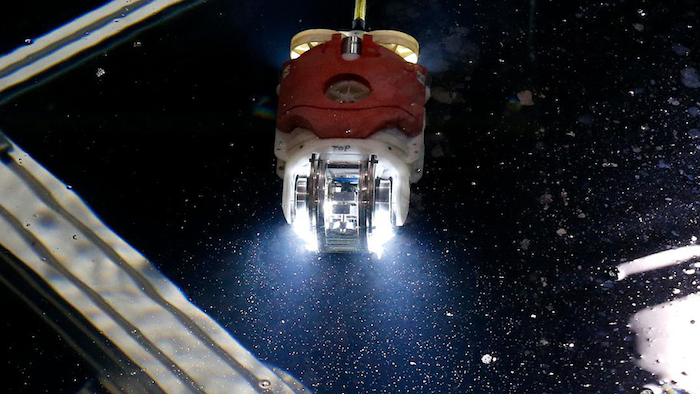 TOKYO (AP) — An underwater robot has captured images and other data inside Japan's crippled Fukushima nuclear plant on its first day of work.

The robot is on a mission to study damage and find fuel that experts say has melted and mostly fallen to the bottom of a chamber and has been submerged by highly radioactive water.

Plant operator Tokyo Electric Power Co. said Wednesday that the robot, nicknamed "the Little Sunfish," entered the primary containment vessel of the Unit 3 reactor at Fukushima, which was destroyed by the March 2011 earthquake and tsunami.

Remote controlled robots are key to the decades-long decommissioning of the plant, but super-high radiation and structural damage have hampered earlier probes at two other Fukushima reactors.