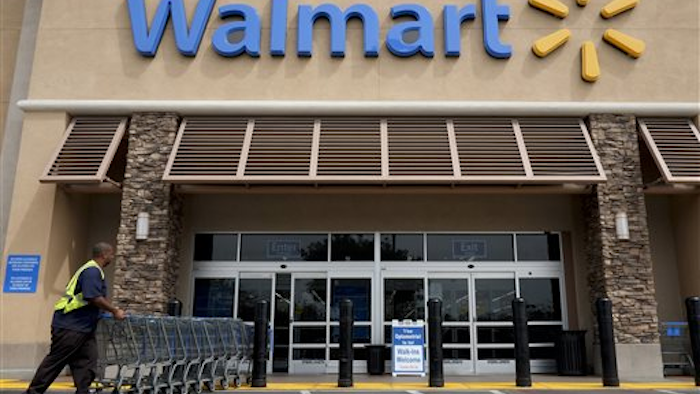 Walmart officials reportedly tested drones indoors for months prior to this week's filing. The drones would be produced by Chinese company SZ DJI Technology.

"There is a Walmart within five miles of 70 percent of the U.S. population, which creates some unique and interesting possibilities for serving customers with drones," said spokesman Dan Toporek.

FAA officials exempt to set final rules for commercial drones by next summer.

Amazon indicated that it would begin drone delivery as soon as it receives approval from federal regulators. Google and parcel delivery companies are also working on drone programs.